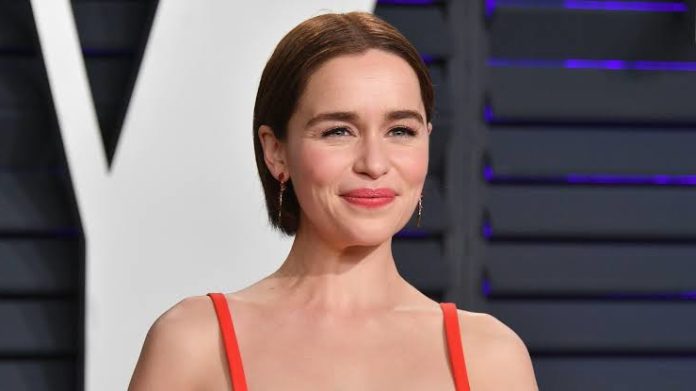 Emilia Clarke, who played Daenerys Targaryen in Game of Thrones, is single. The young woman even revealed that she was actively looking for a friend. If she confirmed that the dating apps interested her, she mostly described the ideal man according to her.

With the end of Game of Thrones, Emilia Clarke must find new project. Breathtaking in Game of Thrones, the actress should not stay away from screens for a long time. She recently performed in Last Christmas and Solo: A Star Wars Story. But she seems preoccupied with something else.

You’re right. I’m wishing for more pan aux raisins. @lastchristmasthemovie thank you for my Parisian birthday of dreams…London what you sayin? #hotelcostesyoumakesomefancyasscake

When asked about her celibacy, she talked about the use of dating apps. There was a time when I was really tempted to sign up. I saw all my friends swiper left and right and I asked them ‘What are you doing?’ ‘I’m looking for a guy’ ‘Ok cool’ ‘. If I did not have the job I’m currently doing, I would definitely go for it, 100%. And I have the impression that it is no longer taboo anymore. ”

A star problem that prevents you from falling on Emilia Clarke on Tinder. But courage, the young actress revealed the quality that makes the sexiest man according to her. A question of humor apparently.

“If you make me laugh, I’m already charmed. The person must appear considerate and kind. For example, when someone invites you to an appointment and has already thought about doing something interesting, it means everything. But a sense of humor is the top. If you can laugh with someone, it’s just the sexiest thing in the world. ”

There is no doubt that Emilia Clarke’s next boyfriend will be a comic. We imagine that she will have many other qualities.