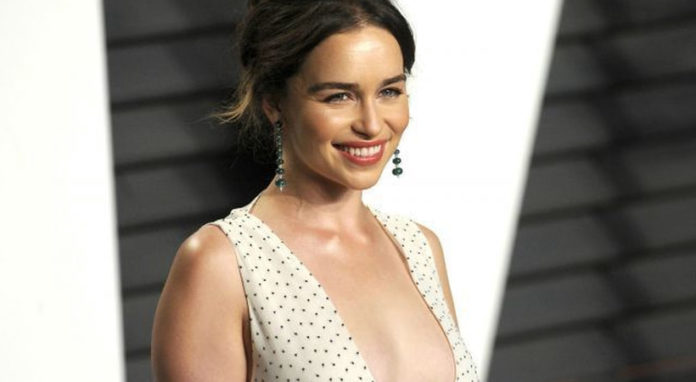 The beautiful Emilia Clarke who plays Daenery has seen her idol! Find out what happens when she meets Beyoncé!

Here is the cutest anecdote of this beginning of the year! Emilia Clark aka Daenerys Targaryen (Game of Thrones) met a world star! She totally lost her means when she saw… Beyoncé!

The famous English actress lost her means by meeting Beyoncé! Despite everything she has experienced Emilia Clarke is impressed when she finds herself facing a celebrity whom she admires. After all she has gone through, we are amazed! Indeed, the beautiful blonde said that she had been subjected to school harassment for years. Subsequently, with the famous Game of Thrones series, it enjoyed popularity.

Also, Emilia Clarke said she had two strokes during the filming of the famous Game of Thrones series. Confessions that touched the whole world! Today, the pretty blonde is ultra popular. So that doesn’t stop her from reacting like everyone else. Indeed, she recently met Beyoncé and she lost the means in front of her idol!

EMILIA CLARKE MET, BEYONCÉ, HER LIFELONG IDOL!
Many celebrities met during the Oscars after party. Emilia Clarke therefore participated in this evening. It was therefore on this occasion that she met Beyoncé and Jay-Z . The interpreter of Daenerys Targaryen, invited on the set of The Graham Norton Show told about this meeting.

She said during the show: ” She came to me thinking that we would have a cool conversation. But I was like ‘Oh my God’. I had probably been drinking too much, I started to cry, it didn’t go very well. I literally had tears in my eyes. I was like ‘I can’t handle this, it’s too intense’. A meeting which is certainly embarrassing, but which reminds us that stars are people like everyone else!

How did Antonela Roccuzzo get everyone in photo?