Home Entertainment Emilia Clarke (Game of Thrones) Joins the Marvel Universe; she will be... 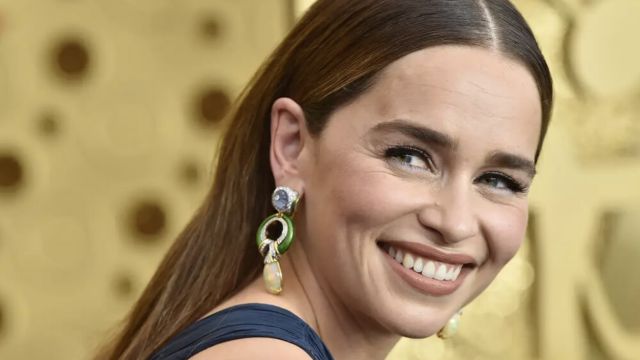 Emilia Clarke: The British actress will be present in the Secret Invasion series, which will soon arrive on Disney +. She joins Samuel L. Jackson and company.Emilia Clarke (Game of Thrones) joins the Marvel Cinematic Universe. The 34-year-old London actress, known for her role as Daenerys Targaryen in Game of Thrones, signs a contract with Marvel Studios to participate in the new series based on the Secret Invasion comics, which will soon premiere on Disney +.

Kingsley Ben-Adir, Olivia Colman, Samuel L. Jackson (Nick Fury) and Ben Mendelsohn (Talos) had already confirmed their participation in the series, announced in 2020; she now she joins the Clarke roster to play a character yet to be announced, according to information released by Variety.

Secret Invasion to premiere in 2022 on Disney +

The plot of Secret Invasion will place us just after the events narrated in Captain Marvel (2019), when the Skrulls infiltrate Earth transforming as human beings. Hopefully this production, planned for Disney’s streaming-on-demand service, will continue that subplot in some way. We do know, however, that the series will have Kyle Bradstreet as showrunner and main screenwriter, while Kevin Feige will maintain his role as producer of this license like the others in the Marvel Cinematic Universe.

Emilia Clarke, after passing her through the Star Wars universe in Han Solo: A Star Wars Story), finally breaks into the other great science fiction phenomenon of the last decades. Both the actress and Marvel Studios have declined to comment on the Variety scoop.

Apple Video Brings Immersive Tour To Get To Know iPhone 13