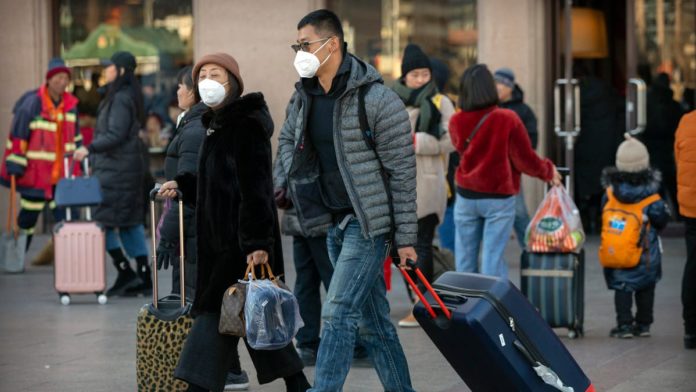 Resulting in Wuhan city of China, and from there to the corona virus spread to various parts of the world (2019-NCover), Turkey has also alarmed. Turkish officials have warned airline companies with flights from China to Istanbul to take the necessary measures.

A new virus that has emerged in Wuhan, China, the world’s most populous country, has killed 6 people so far. Thailand and South Korea after the United States (US) 2019-splashed NCover named corona virus, although Turkey has not spent too alarmed to detect a case.

General Directorate of Border and Coastal Airport in Istanbul, Turkey’s airline companies that fly from China have warned of taking the necessary measures. Three companies: Turkish Airlines (THY), China Southern Airlines (CSA) and Sichuan Airlines are conducting scheduled flights from China to Istanbul. It is stated that there is no problem so far in the flights made by any company.

What is the corona virus?
The Chinese mysterious virus, which has alarmed the whole world, has been transmitted to at least 1,700 people so far. As of yesterday, the virus, which emerged in Seattle, Washington, USA after China, Thailand and South Korea, has become more and more threatening day by day.

As a result of the research of the Chinese authorities and the World Health Organization, it was announced that the infection in question was a type of corona virus. Corona viruses often pass from animals to humans; however, the virus spread from Wuhan city of China is transmitted from person to person.

According to BBC Turkish, the cases in Wuhan are associated with the South China Seafood Wholesale Market; however, authorities also suspect other animals such as chickens, bats, rabbits, snakes.

Corona virus symptoms
The corona virus in China, which has caused the death of 6 people so far, carries the symptoms of a typical cold disease; However, experts point out that symptoms such as runny nose, cough, sore throat and fever have reached a level that will soon die.

Experts say that this situation is worrying, however, the virus is not as serious as MERS and SARS as a result of the cases they examined. SARS, known as acute respiratory syndrome, caused the death of 774 out of 8 988 people affected by the epidemic in 2002. 858 people have died from the MERS virus that emerged in 2012.

A 2,600-year-old tomb with rich content was found in Italy