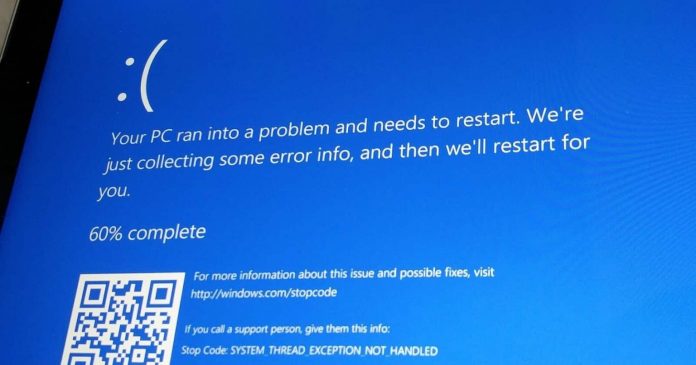 Microsoft’s January and February patches caused serious problems with Windows 10 computers and released an “emergency” update to fix bugs in the operating system to escalate complaints.

Released outside of the update schedule, the patch aims to resolve issues arising from previously released operating system patches. Users were encountering a blue screen error when connecting to WPA3 protected Wi-Fi networks due to an error with “nwifi.sys”.

Microsoft acknowledged that connecting to Wi-Fi networks with WPA3 encryption causes a blue screen (BSoD) error on a small number of computers with the KB4598298 and KB4601315 updates released in January and February. The company stated that the blue screen error also occurred while waking up from sleep or hibernate mode.

Emergency update KB5001028 does not make any other changes other than fixing the issues mentioned above. The fix was only distributed to users affected by the bug.

It has been reported that Microsoft will begin implementing a new update process to combine monthly cumulative updates under a single design package, except for this unusual update.

A New Press Image Showing the Design of Meizu 17 Shared

Meta Will Continue To Use Facial Recognition In Metaverse