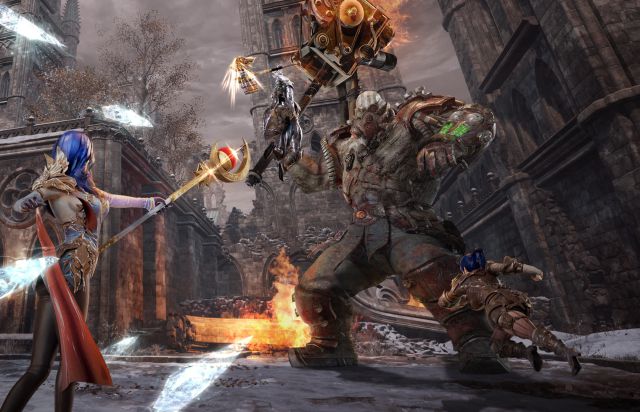 Elyon: We analyze Elyon for PC, the new mmorpg from the creators of TERA, which comes in F2P format and with the texts fully localized to our language. Krafton, formerly Bluehole Studio (TERA), is finally launching its new mmorpg called Elyon on the western market. Formerly known as Ascent: Infinite Realm, the title has gone through several test benches to suit our market, eliminating a lot of payment items and aids that we Europeans often complain about.

Along the way, between what it arrived and not, the company that publishes the video game in our country, Kakao Games, has seen fit to translate Elyon into our language, a point in favor for the title that together with its F2P character can powerfully call the attention to lovers of the mmorpg genre. Will it be worth it?

Elyon is an mmorpg that makes use of hackneyed factions, in this case the Vulpin and the Ontari, to create a climate of war that moves the central axis of the narrative. However, in this previously known Ascent: Infinite Realm, a third enemy faction of both, the Dark Apostles, comes into action to turn the enmity of both cultures and the world around them upside down.

The video game was launched more than a year ago in Korea, the country where it was developed. As a good Korean mmorpg, spectacular scenery and combat is the order of the day, but also “chinofarmeo” as it is commonly said in the jargon of the genre. Or what is the same, repeating actions one after another – either killing enemies or repeating boring mechanics – in order to advance in the video game.

The first news we had of it dates from 2017, and it entered beta shortly after being shown to the public at the G-Star fair in South Korea. In other words, in addition to being officially on the market for a year, Elyon has been in the hands of the consumer for a long time. Thanks to this type of movement, companies make sure that everything is to the user’s liking, so for example, looking back, the entire interface has been improved with respect to what they showed in the beginning. Skills, content, market, items, and a host of other features have met the same fate.