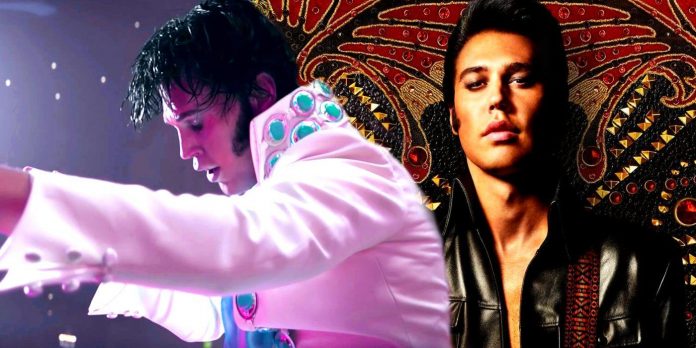 Baz Luhrmann’s Elvis has for the most part been well received by critics and the public, but he has a new project that is likely to be even better. Apart from the title, little is known about Luhrmann’s next film, especially considering that attention is still focused on Austin Butler’s performance as the king. However, Luhrmann’s choice itself is incredibly promising and will give the director an opportunity to correct some of Elvis’ shortcomings.

Luhrmann’s aesthetic tastes are instantly recognizable. In a number of cult films, including “Moulin Rouge”, “Romeo and Juliet” and “The Great Gatsby”, Luhrmann demonstrates a penchant for excess, using musical choices and choreographic scenery. It is in this area that his latest work, “Elvis”, is really excellent and deserves positive reviews. However, Elvis struggles to maintain his momentum in quieter moments.

After a long struggle for the rights, Luhrmann adapts Mikhail Bulgakov’s The Master and Margarita for the big screen. This is an ideal choice for a famous director. Not only is the style of the source material closer to Luhrmann’s most famous films than to his recent musical biopic, but it’s also the perfect time for Hollywood to adapt this classic Russian novel.

Despite the overall success, Elvis did not escape criticism. At first glance, the biopic seems a bit unusual for Luhrmann. In his previous works, Luhrmann relies heavily on brightness and maximalist images. While Elvis, the man, accurately embodied these two characteristics, there is something more to his story. Luhrmann is almost annoyingly limited to real life. When adapting a play or novel, you can take liberties, but adapting a historical character is more difficult.

Luhrmann draws heavily on the mythology of the Elvis figure. This allows him—and Butler—to create sensational scenes. However, it also means that important historical details are overlooked. Innovative black artists are almost undeveloped. Luhrmann suggests that these numbers simply influenced Elvis; in truth, “stole from” may be a more accurate label. In addition, Tom Hanks’ performance as the controversial Colonel Tom Parker was criticized as one of the worst in his career. Thus, Elvis manifests himself best when Luhrmann pushes the boundaries and indulges his maximalist fantasies, which will undoubtedly allow him to make “The Master and Margarita”.

Luhrmann’s best films are a modernization of classical literature

As a director with such a bright style, his work is not always the most pleasant. The great Gatsby, for example, is sometimes accused of ignoring the themes of Fitzgerald’s novel in order to indulge in his own hedonistic excesses. Nevertheless, his portrayal of The Roaring Twenties is one of Luhrmann’s most successful films. Along with “Romeo and Juliet,” “The Great Gatsby” seems to be where Luhrmann feels most comfortable and where his style makes the most sense.

Both stories are based on incredibly familiar texts. “The Great Gatsby” and “Romeo and Juliet” are often featured in school programs. By telling the audience a story they already know, Luhrmann is almost forced to think excessively, and the soundtracks alone are a prime example of this. “The Master and Margarita” is less well-known than Luhrmann’s previous literary adaptations, but Bulgakov’s story is well-established enough that Luhrmann enlivened it with colors, without stumbling on minor scenes like Elvis. In addition, the action of “Moulin Rouge”, which somewhat resembles Elvis with its singing, takes place in 1900. The action of “The Master and Margarita” takes place during the reign of Stalin in the 1930s. Another historical play seems to the director a reasonable choice.

It’s hard to imagine another director capable of adapting “The Master and Margarita” for the big screen in the 2020s. Bulgakov’s novel explores excess in accordance with Luhrmann’s style. The colorful fantasy of the story would not have worked if a more subtle director had taken up the project. Similarly, a more serious Russian novel, such as “Crime and Punishment” or “The Quiet Don”, would not have turned out if it had been directed by Baz Luhrmann.

“The Master and Margarita” is not a simple political or religious allegory; while Bulgakov addresses the vices and absurdities of both these concepts, the novel is primarily a work of fiction. His main task is style. From the vodka-drinking cat to the crucifixion of Christ, the experiments of the Master and Margarita are limitless. Consequently, only Luhrmann is aesthetically pleasing enough to adapt it.