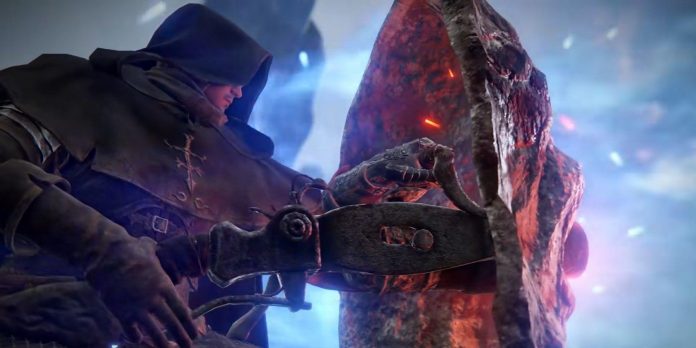 The Elden Ring is full of powerful enemies that players will have to face, and many players can confirm the power that some enemies possess and the number of times they have died from them. Elden Ring has some incredibly difficult enemies, and it doesn’t hold back when it comes to the opponents that players will fight, many of which will send them into the game across the screen multiple times.

Sometimes these enemies are affected by bugs found in the Elden Ring, which can lead battles in different ways and complicate or simplify them for the player. One gamer discovered a glitch that made it a little easier to fight one of the game’s bosses.

A redditor known as TheGreatZephyrical shared a clip of them fighting Sir Gideon Ofnir the All-Knowing in the Elden Ring. The video shows how the player enters the boss arena with an ally and immediately applies the Frenzy Burst spell against the enemy, which deals reasonable damage. Then TheGreatZephyrical casts the spell again and automatically kills Gideon with it. Although many agree that the fight is considered easy, the amount of damage inflicted by the Frenzy Burst shot was much higher than it should have been.

Some users have wondered if the uploaded TheGreatZephyrical clip really showed an error due to the low difficulty of the Elden Ring boss, but the player states that they have used the spell on Gideon before and that it did not cause so much damage. One commenter jokes that the amount of knowledge Gideon possesses made his head explode from the frenzy that Frenzy Burst causes. One of the users says that they could have been told that Gideon was shot twice with a piece of celery, and they would still have believed that it was not a mistake.

While TheGreatZephyrical’s encounter with a tapped opponent made it easier for them, the other player wasn’t so lucky. A player named Penchkeg died from the enemy Elden Ring, which failed. The video uploaded by the player shows how they are preparing for a multi-phase battle by applying a number of buffs. After they force the enemy into the second phase, the enemy gets stuck in a wall where he seems to fall endlessly. Penchkeg first slowly approaches the opponent, cautiously watching him from afar, and then heads towards the opponent, getting stuck in the wall behind him while his health is slowly depleted. In the end, the player dies, becoming a victim of a terrible bug. This is an unfortunate event that Penchkeg considers one of the stupidest deaths in the FromSoftware game.