Home Entertainment Elven Ring will get a Tabletop RPG 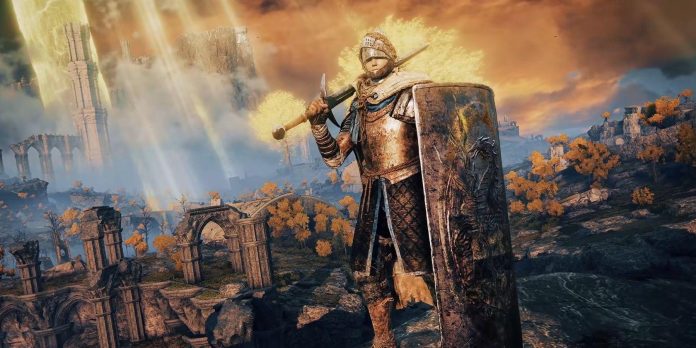 Elden Ring is one of the most popular games of this year. This is one of the best-selling games released in 2022, and it continues to gain momentum. Elden Ring has already left its mark on gaming history, and it will be remembered as one of the best action role-playing games that can be played for many years.

link: The Elden Ring player Makes His Character Look like a Grim Reaper

Kadokawa Publishing House has announced that it is preparing a tabletop RPG book based on Elden Ring. The book will be released for Japan in the early spring of 2023, and nothing is yet known about whether a tabletop role-playing game will appear in the West. There is also no mention of how much it will cost, although this information will probably be revealed as the release date approaches.

The adaptation of Elden Ring will be handled by Group SNE, and it will be produced by Hironori Katou, the same team that created the Dark Souls tabletop role-playing game. The book will have a number of rules, as well as data for items, monsters, spells and more. It will be interesting to see how the FromSoftware game transforms for the table and how it will develop. Character customization and the open world of Elden Ring already give players a number of opportunities and should reflect well on the tabletop RPG.

Elden Ring is not the only video game adapted as a tabletop role—playing game. Redditor, known as ladygrey94, has created a tabletop role-playing system for Final Fantasy 14, based on the 5th edition of Dungeons & Dragons, which allows players to tell stories in the MMORPG world. The system was built to be easy to use, it was designed to provide flexibility and customization with minimal need for rolling the die. As characters level up, they gain points that allow them to acquire Attributes and Skills, as well as gain HP, MP, and roll bonuses. Players can also increase their resilience rating, which can be compared to the armor class in D&D, with armor and abilities. The system only needs a D20 to solve the problems, as the fighting deals a set amount of damage. This is a unique approach to Final Fantasy 14, and it’s simple enough for beginners to try their hand at such a game.

Game of Thrones: The reason why Pedro Pascal liked his death...