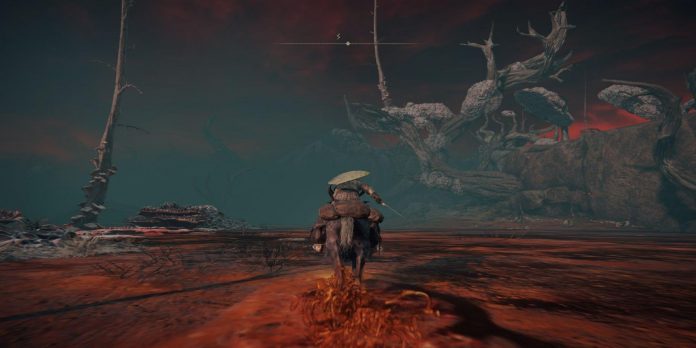 Elden Ring is home to some of the most terrifying creatures in the history of gaming. Exploring The Lands Between, players will stumble upon unique enemies, including armored knights, bears, undead skeletons, giant bats and many others. Moreover, there are more than 100 bosses in Elden Ring, including such as Magma Wyrm, Crucible Knight and Godskin Apostle, which makes the game even more challenging.

The developers have added several powerful weapons to the Elden Ring to fight formidable bosses, including swords, battle axes, maces, spears and much more. Some of these weapons are superior in power when used with optimal assembly and characteristics. For example, a staff will work better with intelligence, and a colossal weapon will suit a character based on strength. One of the most famous and powerful weapons in the Elden Ring is the Messenger’s Long Horn, as evidenced by a video uploaded to Reddit.

Reddit user TubaThompson uploaded a short video to the social platform demonstrating the true power of the Messenger’s Long Horn against Dragon Lord Placidusax, arguably the strongest dragon boss. The video begins with the user strengthening himself with the Flame Grant Me Strength spell in the Elden Ring, which increases the fire affinity attack power. The player approaches the Dragon Lord, who is preparing for a full-scale attack on them. As soon as the user is in close proximity to the dragon, he bombards the Dragon Lord Placidusax with the Bubble Shower skill, a special attack of the Messenger’s Long Horn. This attack deals a huge amount of damage to the dragon, thousands in one hit, quickly draining the enemy’s health scale.

What kind of weapon that you never thought would be as good as it is? I’ll start first: “The Messengers of Long Horn.” NG+7 for reference from Eldenring

After a couple of successful hits, Dragonlord Placidusax begins to stagger, having lost more than half of its health scale. Tuba Thompson takes advantage of this and continues a barrage of Bubble Shower attacks, killing the dragon in a few seconds. The whole fight lasted just over 20 seconds, and the user emerged victorious without receiving a single blow. The last few seconds of the video show the user performing a “Triumphant Delight” gesture to mock the dragon Elden Ring.

The post eventually attracted the attention of the huge Elden Ring community on Reddit, who expressed their appreciation with hundreds of votes and comments in one day. Most users appreciated the choice of weapons and noted that the Messenger’s Long Horn is one of the most powerful weapons in the Elden Ring.

For those who don’t know, the Messenger’s Long Horn is a huge hammer that scales with agility, strength and faith. Players can obtain this weapon by killing the Oracle’s Great Messenger in Leindell and Michella’s Haligtry. The Bubble Shower skill in the video releases several magic bubbles that deal a lot of damage and are incredibly effective against large targets such as Dragonlord Placidusax.