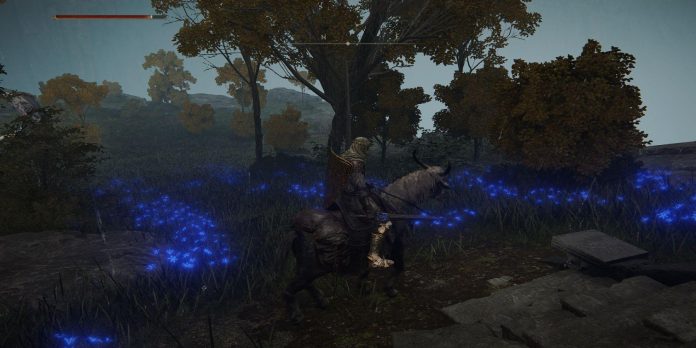 Elden Ring is undoubtedly one of the most demanding games of all time. However, many players who have passed the game and become an Elden Lord want a more serious test. These gamers eventually turn to the Elden Ring PvP mode to invade other people’s world and wreak havoc. The multiplayer mode allows Elden Ring fans to fight each other in exciting battles in which only the most skilled survive.

Needless to say, many of these Elden Ring PvP battles are very one-sided, mainly due to the huge disparity in the skill levels of the players. Some players, such as Let Me Solo Her, are experts in Elden Ring fights, which naturally shifts the odds in their favor. Meanwhile, others have incredible knowledge of game mechanics and consumables that they use to their advantage. Reddit user AggrsveRingworm is an Elden Ring player who relies heavily on consumables.

AggrsveRingworm uploaded a 44-second video on Reddit titled “My Shameless Level 1 Build, once again feel Free to tear me to shreds.” The video shows a player invading another world, face to face with a host and a companion with curled fingers, both of whom are armed with Elden Ring shields. On the contrary, the AggrsveRingworm character does not wear armor at all and is completely unarmed, he does not have a weapon in either hand. All this suggests that a Reddit user is going through difficult times, and he will die in a matter of seconds. However, what happened next was the complete opposite and something very impressive.

My shameless Level 1 build, once again feel free to tear me to shreds from Eldenring

The user manages to evade a barrage of counter attacks and lure both enemies away from the starting place. At the same time, AggrsveRingworm drains a decent part of the health scale of its opponents using a throwing dagger. In the end, the enemies are in close proximity, after which the original poster pulls out his secret weapon. AggrsveRingworm uses another consumable item called Spark Aromatic, which instantly kills both the host and the companion with curled fingers.

The post soon became popular on Reddit and attracted the attention of the Elden Ring community, which expressed its approval, gaining almost 2,300 votes. The video has also received hundreds of comments praising the user for his intuitiveness and awareness of rare Elden Ring consumables such as Spark Aromatic.

Spark Aromatic is one of the lesser—known consumables in the Elden Ring, which uses FP to scatter powerful sparks in a wide arc in front of the player. As you can see from the video, under the right circumstances, it can cause a lot of damage. Gamers can create Spark Aromatic using Altus Bloom and Miranda Powder. Altus Bloom can be harvested in the Altus Plateau region of Elden Ring, and Miranda Powder can usually be found in the Royal Capital of Leindell.

Why 90 Day Fiancé Fans Think Memphis’ Sister Is Against Hamza