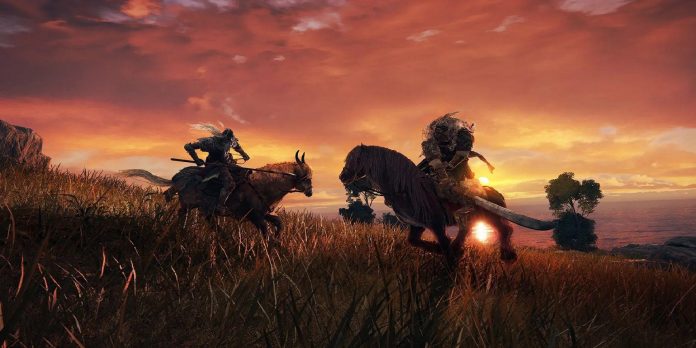 When Elden Ring first came out, many gamers were immediately fascinated by the latest FromSoftware role-playing game. When players wandered the Lands Between in search of becoming an Elden Lord or completing one of the other possible endings of the Elden Ring, some have already stated that this game should be considered the game of 2022. Although the critical and public reception of Elden Ring has been phenomenal since launch, this does not mean that the game is completely perfect, and FromSoftware has been constantly releasing new patches for it since launch.

As with any game, when it is released to the masses, you can usually find a few bugs and problems. Most of the fixes and fixes of Elden Ring were related to fixing these bugs or weakening the strong weapons that Ashes of War players abuse in the game. However, there are other changes that come with every Elden Ring patch, and the latest 1.06 update is no different from them.

Patch 1.06 was recently published on Bandai Namco’s website and, firstly, will change the way the White Mask Warre quest works in Elden Ring. Now players will no longer need to invade other players’ worlds to complete the Varre quest line. Instead, a new NPC has been added to the game, and after defeating him, players can proceed to the next stage of the White Mask quest in a different way. This is the only major change that will appear in the NPC quest in patch 1.06, but it should simplify the completion of the Warre story for any player who does not want to enter the world of invasions.

The multiplayer game Elden Ring is also undergoing some quality of life changes, which fans have recently asked for. A new feature has been added to send summoning signs to summoning pools in multiple areas, which means players can summon allies from long distances. During the invasion, a new feature was also added that allows players to invade a large area, including remote areas. However, if a player summons a co-op partner for remote areas, it is important to note that the Mogwin Palace will be excluded from this summoning sign.

Moreover, there have been some big changes in how big hammers, curved swords and big swords work in Elden Ring. Overall, this weapon seems to have had a positive effect, as the time required for the roll to become possible after the attack has been reduced. In addition, Great Axes received a positive effect as their attack speed was increased. Some nerfs have also appeared, such as reducing the travel distance and the Bloodhound Step invulnerability framework.