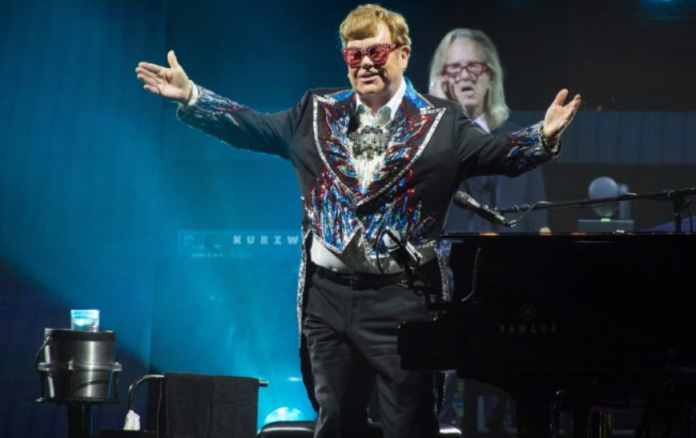 Elton John has confirmed that he is postponing his two shows “Goodbye, Yellow Brick Road” to avoid preparations for the Eurovision Song Contest 2023.

John was scheduled to perform at the M&S Bank Arena in Liverpool on April 22 and 23, 2023, but after the news that this venue would host Eurovision 2023, the shows were postponed to March 23 and 24. The original tickets remain valid.

The venue’s statement reads: “Following the exciting news that Liverpool will host the Eurovision Song Contest 2023, Elton John’s “Goodbye Yellow Brick Road” tour show, which is scheduled to take place on Saturday, April 22, 2023, and Sunday, April 23, 2023, has been announced. has been rescheduled.”

A couple of concerts in Liverpool will be the start of Elton John’s European tour in 2023. “Given the enthusiastic reception Elton received when he played at Anfield Stadium earlier this year, he couldn’t have asked for a better place to start the final leg of his Goodbye Yellow Brick Road tour,” the statement said. .

“Elton, his management team and everyone associated with the Farewell Yellow Brick Road tour wish Liverpool good luck in hosting the Eurovision Song Contest and are glad that they were able to help a little by working with us on the move. their dates for hosting the show. We are grateful to them for their hard work and enthusiasm in working with us to help make this a special moment for our city.”

Elton John’s “Goodbye Yellow Brick Road” tour was originally announced back in 2018, then it was postponed to 2021 due to COVID, and then postponed to 2023 after John needed surgery after a fall. Earlier this month, John added some new dates.

The remaining tickets for the show are available here, and the tour dates are as follows:

Earlier this month, Liverpool was announced as the venue for Eurovision 2023, ahead of Glasgow and organizing the contest on behalf of Ukraine, which the organizers deemed unable to host the event due to the ongoing war with Russia.

After this news, the cost of living in Liverpool for the weekend dedicated to the competition (May 13, 2023) has increased dramatically, with some reporting fees amounting to up to 20,000 pounds per night. Since then, Liverpool Mayor Steve Rotheram has criticized these “grossly inflated” house prices.

Both North Macedonia and Montenegro have announced their withdrawal from the competition due to increased costs. Bulgaria also refused to participate, although it has not yet explained the reason for its decision.

TWICE: The best moments of the 4TH WORLD TOUR ENCORE in...