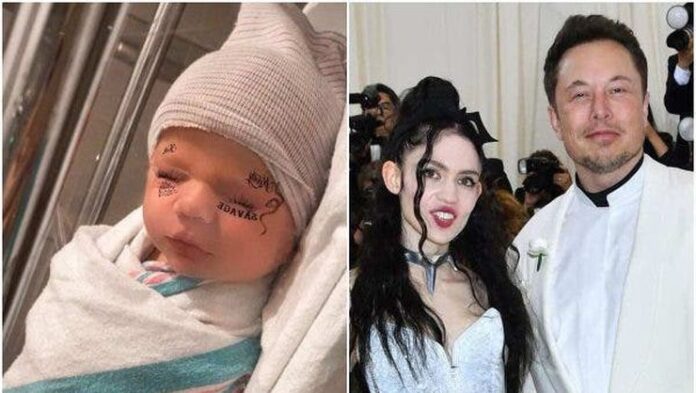 Elon Musk’s wife, Grimes, announced that they changed the name of their newborn baby with the statements made by Instagram. According to the statements, the couple’s children named “X Æ A-12” now have the name “X Æ A-Xii”. The reason for this change is unknown, but it is thought to be related to the law.

Elon Musk, one of the most followed entrepreneurs in the world, is one of the names that stand out with its projects and companies, on the one hand, and its colorful personality. Musk, who has been on the agenda of the world with many polemic or interesting explanations so far, has given his newborn child the name “X Æ A-12”.

Grimes, the wife of Elon Musk, announced yesterday that they changed their son’s name with Instagram statements. Moreover, apparently Grimes is even more satisfied with the new name. Grimes, who did not elaborate on the subject, did not explain the reason for this name change.

Elon Musk and his wife Grimes’ children new name: X Æ A-Xii
According to the statements made by Grimes, the new name of the kid is “X Æ A-Xii”. In other words, the “12” section in the name has gone and the phrase “Xii” written in Roman numerals has arrived. In fact, there is no meaning change in this change, only the way “12” was written.

What is the underlying reason for the name change?
When naming a newborn baby, it is necessary to comply with the laws of the country of birth. The sons of Musk and his wife were born in the state of California, USA, and figures are not allowed when naming according to the state’s laws. Also, “Æ” is not a valid letter for California. Therefore, the couple may have to go for another change in the coming days.

You may also have thought that there are no small letters in Roman numerals. Here, California laws come into play again. In fact, the state does not allow names written in Roman numerals as well as normal numbers. Conscious of this, Grimes and Elon Musk changed the name from “XII” to “Xii”, thereby putting a legitimate name.

According to the statements made by Elon Musk and his wife Grimes, the meaning of the name “X Æ A-Xii” is as follows: X is an unknown variable, Æ artificial intelligence’s pronunciation in Medieval English, A-12 is the couple’s favorite aircraft model. The letter A also comes from a song called Archangel, which was the favorite song of Grimes. Elon Musk seems to transfer his colorful personality to his child.

The Lord of the Rings Series Is Coming

There is a story that Diop and Holmes told together