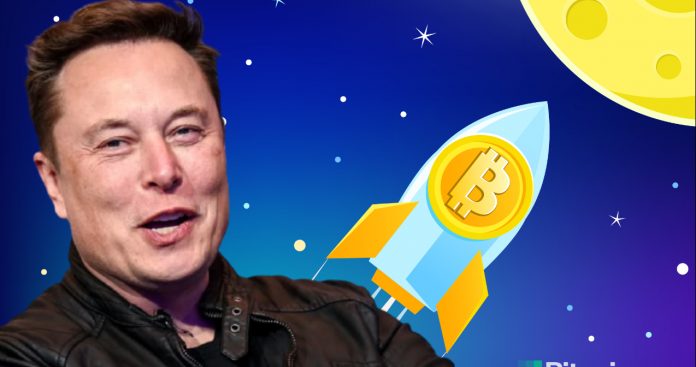 Elon Musk recently added a #bitcoin statement to his Twitter profile, and the Bitcoin market started to increase after Musk’s sharing.

Elon Musk, one of the richest business people in the world, continues to make an impact on the markets by actively using his Twitter account. If you remember, the famous billionaire who recommended the messaging application Signal after Whatsapp’s privacy policies led to the increase in the shares of a completely different company.

Musk made a reference to Bitcoin, the most popular currency in the crypto money market, on Twitter, and wrote #bitcoin in the description section of his profile. After this move of Musk, there was a dynamism in the Bitcoin market.

The famous businessperson made a statement supporting his opinion by posting a new tweet after updating his profile. Musk; 15 minutes after he tweeted, “In retrospect, it was inevitable,” the Bitcoin market began to rise. In our checks, we see that the rise in Bitcoin is currently around 15 percent.

Musk, who previously received advice on Bitcoin investment, stated that he did not realize that he could buy Bitcoin in high amounts. Michael Saylor, CEO of MicroStrategy, one of the prestigious companies in the USA, explained to Musk that he could buy $ 1 billion worth of Bitcoin with all the reserves of the company, while Musk did not know that it had such a potential.

See Also
No Guarantee That Bitcoin (BTC) Can Succeed