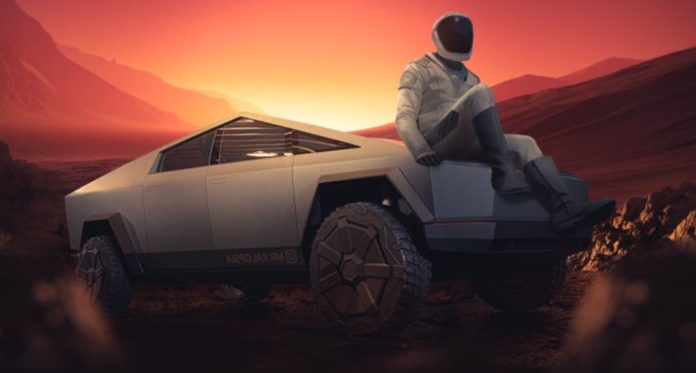 Elon Musk, one of the biggest entrepreneurs of recent years, is a name that attracts attention with its projects. Musk’s crazy ideas for the projects also have a big impact on the internet. In the past, Musk, who sent a Tesla car with a rocket into space, could also launch the newly introduced Cybertruck pick-up.

Elon Musk, who recently introduced Tesla’s new pick-up vehicle Cybertruck, was on the agenda for a long time after sharing with social media. Musk published Cybertruck’s sales figures on his Twitter account and played a major role in the promotion of the vehicle.

In addition to Tesla, the electric car company, Elon Musk, who is also CEO of SpaceX, a space-based company, had previously combined the activities of these two companies and sent a Tesla Roadster into space. The vehicle, which deviated from its course in space, had failed to reach its destination, but both Tesla and SpaceX had not dropped the headlines for days. Following this crazy idea, social media began to talk about how Elon Musk could send Cybertruck into space.

A Twitter user asked Elon Musk if he could send Cybertruck to Mars:

A user named ‘C3LT_Games’ who reached Musk via Twitter, one of the social channels Elon Musk actively uses, told the CEO, “Will Starship carry Cybertruck on 2022 Mars?” asked the question. Elon Musk gave an answer to an emojis wearing sunglasses.

In this post, Elon Musk did not respond to no, signaling an interesting event that might happen in the future. Of course, considering that Elon Musk has done this in the past, let’s underline that he can take this task a step further and come up with a different idea.

Certainly, permission should be obtained from some institutions for such an event which can create a big event for the promotion of both Starship and Cybertruck. Recently, studies for space waste reveal that companies should be more careful about what they send into space. Together we will see how Elon Musk will make a decision on this issue.