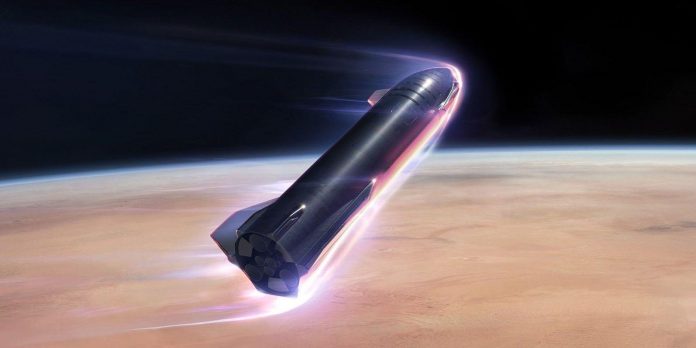 Starship is Elon Musk’s super—heavy rocket, which he hopes will take people to Mars before the end of this decade. It will also take NASA astronauts to the moon after SpaceX won a tender to develop a lander for the Artemis mission in addition to the Space Launch System (SLS). As part of the development of the ambitious rocket, several tests were conducted in Boca Chica, Texas. While this isn’t the first time Musk has talked about the first orbital flight, it’s only recently that more specific timelines have begun to materialize.

Following the trademark of all SpaceX rockets, Starship will be fully reusable. Its unique design makes it the most powerful launch vehicle ever built in the world, and it will be able to put more than 100 metric tons into Earth orbit. The Starship system consists of a Super Heavy launch vehicle and a 165-foot-tall upper-stage spacecraft called Starship. Its height is 394 feet — 31 feet more than the legendary Saturn V, and 73 feet more than NASA’s SLS rocket. Only the Super Heavy launch vehicle is equipped with thirty-three new-generation Raptor engines, while other SpaceX rockets, such as the Falcon 9, use Merlin engines.

Superheavy prototypes have been tested, and many of these tests have not been successful. The last unsuccessful attempt was the launch vehicle 7, which resulted in a massive fireball during tests on July 11. Due to the incidents, it is still unclear when the spaceship will be ready for the next step, which is the long-awaited first orbital flight. flight test. On August 2, Musk responded to a tweet: “A successful orbital flight will probably take place in 1-12 months.” The wide timeline sets new high expectations, given that Booster 7 continues to face challenges.

Even if a successful orbital flight takes place as early as September, it will still happen after the launch of NASA’s SLS Artemis I. Although both NASA and SpaceX are commercial partners, there is a hidden race between the two superheavy rockets to see which one will successfully enter orbit first. The SLS is scheduled to launch no earlier than August 29 during its first crewless test flight into lunar orbit. The prototype of the Starship Ship 24 spacecraft has already conducted successful high-altitude tests and was delivered to the launch pad at the SpaceX Starbase in South Texas.

The repair of Booster 7 may reduce the breadth of the announced deadlines. It is also assumed that Musk may decide to speed up work on a new Booster 8 prototype. There are many moving parts that can fall into place over the next month, which follows the tradition of SpaceX to test and fix along the way. If Musk’s optimism is justified, perhaps the second half of this year will be marked by the launch of two of the largest rockets ever built.