Home Tech Elon Musk will save the Hubble Space Telescope! 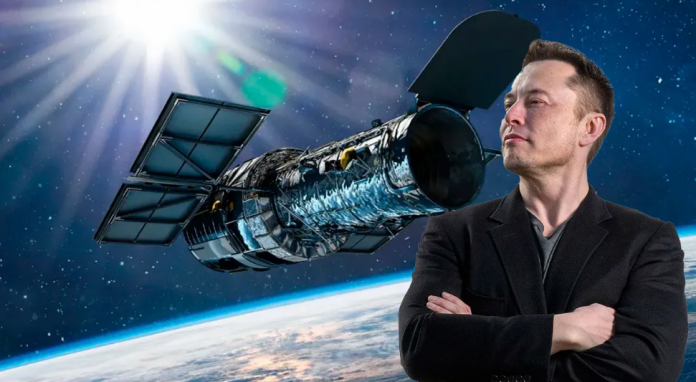 The Hubble Space Telescope, which is losing its orbit every day, can continue its mission. SpaceX is involved in this.

The Hubble Space Telescope has been taking stunning images in its orbit at an altitude of 540 kilometers above the Earth for almost 32 years. To date, a lot of data has been obtained thanks to the telescope, which helps scientists learn more about the origin of the Universe.

Hubble Space Telescope can be moved to another orbit

But over the years, Hubble began to slowly deviate from orbit. On the other hand, with the launch of the James Webb Space Telescope, Hubble is somewhat overshadowed. There are two options against NASA: put Hubble into a more stable orbit or leave the telescope alone and watch it fall towards our planet.

This is where Elon Musk and SpaceX, of which he is CEO, come into play. SpaceX has begun working with NASA to use the Dragon spacecraft to move the Hubble Space Telescope to a higher orbit, thereby extending its mission life.

NASA and SpaceX signed a Space Act Agreement on Thursday, September 22 to explore the possibility of such a project, which could pave the way for similar missions involving other spacecraft. The project also includes the SpaceX Polaris program, headed by billionaire entrepreneur Jared Isaacman, who made his first civilian space flight last year.

Although the space agency says that at this stage they are only conducting a feasibility study, and therefore the mission may not be realized, it emphasizes that the project will not cost the government anything. SpaceX sees this project as an opportunity to improve its ability to solve technical problems.

The work is expected to last up to six months. In this process, as well as during docking with Hubble, it is planned to eliminate some technical issues for transferring it to a more stable orbit. At the end of the process, the fate of the Hubble Telescope will be determined.