Home Tech Elon Musk: We Must Settle on Mars before World War III 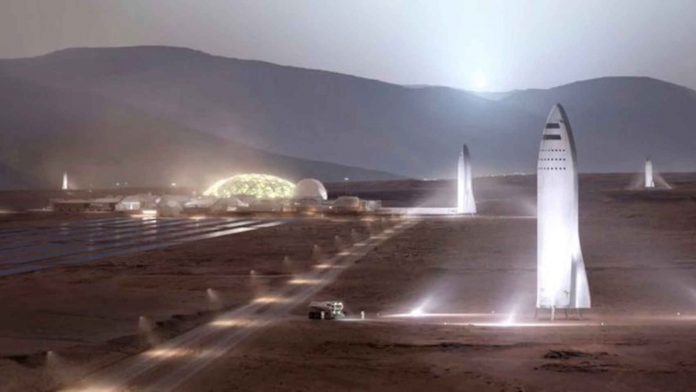 Speaking at the 2020 Mars Community Virtual Convention, Elon Musk set a goal for the city he plans to build on Mars. Stating that in line with this goal, the city should be established before the Third World War, Musk emphasizes that this city should be self-sufficient.

SpaceX and Tesla founder Elon Musk’s love for Mars is a long known fact. Especially SpaceX’s work on going to Mars suggests that this project will one day come true. However, Musk states that there are important obstacles in front of them with his statements from time to time. The billionaire, who made some new statements on the subject at the 2020 Mars Community Virtual Convention, announced how long to go to Mars.

Elon Musk aims to establish a city on Mars. This city, which will be designed to be self-sufficient, will enable people who go there to survive. Musk says that this city should be established by 2026 and should be preserved for years and kept ready for humanity.

According to Elon Musk, the city to be built on Mars should not be in the form of a base where only a few people can live. Expressing that he is talking about a real city in this context, Elon Musk says that this city should be designed to be self-sustaining. Elon Musk’s most striking statement on the subject is about when this city will be established.

Elon Musk says that the self-sustaining city that will be established on Mars should be established before the Third World War. Stating that the supply on Earth may come to an end due to such a war or a possible nuclear disaster, the founder of SpaceX declares that in such a case, the survival of people living on Mars is critical.

See Also
Elon Musk does not seem comfortable: a mess

“If you are moving to another place where you will die soon, it makes no sense to have a lifeboat. It doesn’t count.”

According to Elon Musk, the current state of human civilization is not very strong. Even a little skinny. Saying that he thinks that humanity may be involved in events that can destroy itself, Musk states that he does not want such a thing to happen, but if it does, the city on Mars will be directly affected. This is exactly why the city to be built on Mars needs to be self-sufficient. Otherwise, people who will go to Mars to escape from Earth will lose their lives due to insufficient resources.

PS4 offers: wave of games for less than 15 euros

Halo: Infinite has not been canceled on Xbox One