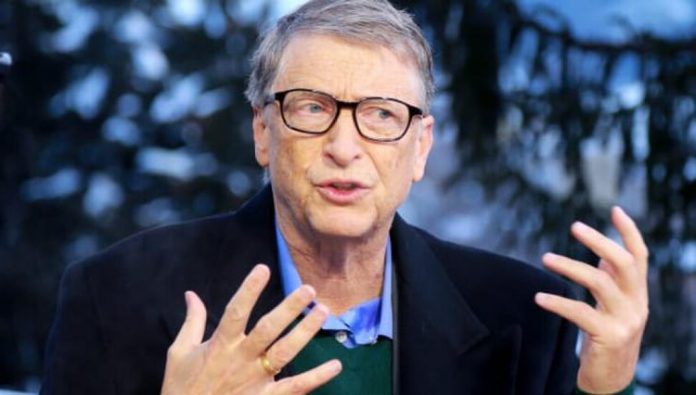 Bill Gates made striking statements about Bitcoin. Stating that cryptocurrency is for billionaires like Elon Musk, Bill Gates said, “Elon has a lot of money to spend and has complex financial information that the average investor might not know. If you’re not a billionaire like him, you have to be careful ”he warned.

According to Microsoft co-founder Bill Gates, if you are not as rich and “sophisticated” as Tesla CEO Elon Musk, you should not touch Bitcoin. In an interview with the billionaire Bloomberg, who is the fourth richest person in the world, he made ambitious statements about the crypto currency Bitcoin.

Bill Gates: If you’re not as rich as Elon stay away

Bill Gates, who has made a good breakthrough recently with the support of Elon Musk, said “Elon has tons of money and is very knowledgeable. I’m not worried about Bitcoin going up and down randomly. My general opinion against crypto money is that if you have less money than Elon, you should be careful with Bitcoin. ” used the expressions.

Gates said, “There are things we invest in society and produce output. Bitcoin uses a lot of energy. This encourages anonymous transactions and these are not reversible transactions, ”he said.

However, according to Gates, he thinks that digital currencies don’t have to be a bad thing, they should essentially be centralized. Gates also mentioned some of the work that has been carried out using digital currencies since the beginning of the Covid-19 outbreak, and stated that the Gates Foundation is using the technology to enable governments to distribute aid funds to their citizens.

Gates recently stated that he is “neutral” for cryptocurrency. But Gates explains in a recent interview that Bitcoin is not bullish because it requires a lot of energy and encourages anonymous irreversible transactions, and claims that digital currency is a good thing if it is still traceable.

In addition, it is stated that Gates expects digital money to reach even the poorest countries.

Latest Situation in LUNA: Attention to These 3 Altcoins!