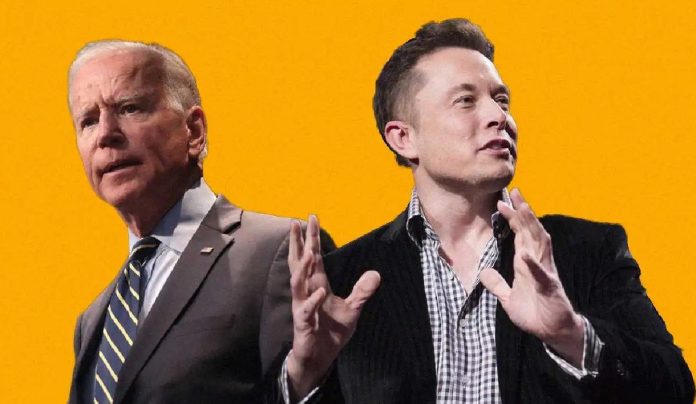 Elon Musk returned to the agenda with his words to Joe Biden. Famous businessman Elon Musk often hits the ball thanks to the decisions and statements of US President Joe Biden. The founder and CEO of Tesla recently criticized Joe Biden for ignoring Tesla. This time he made statements that would have amazed the US president at his age. Let’s look at the details of the news together.

Elon Musk said that Joe Biden is too old to even be nominated!

Thinking that Joe Biden ignores Tesla, Elon Musk often turns away from the Democratic Party and says that he will now vote for Republicans. Speaking to the Financial Times newspaper, Elon Musk made a statement that the average age of the population is young, and the US president is relatively old. He stated that due to the age difference, it would be difficult to reach an agreement in communication between the two sides.

Elon Musk also made the following statement about this:

“Maybe this generation is behind the middle age, but what about two? I do not know how much you communicate with the public when you have grandchildren?”

After this statement, the White House recalled that this is not the first time Elon Musk mentions the age of a politician. Joe Biden is currently 79 years old, and he will be 81 years old if he is elected for a second term, that is, in 2024.

Elon Musk previously shared on his Twitter account: “I keep forgetting that he’s still alive” about the age of US Senator Bernie Sanders. The Tesla founder also reacted to Joe Biden, who in recent months offered an exchange for Russian arms dealer Viktor Bout and WNBA star Britney Griner.

What do you, our readers, think about this? Do you think Joe Biden is too old to run for a second term, as Elon Musk said? You can express your opinion in the Comments section.

Radioactivity in fields 50 km from Chernobyl