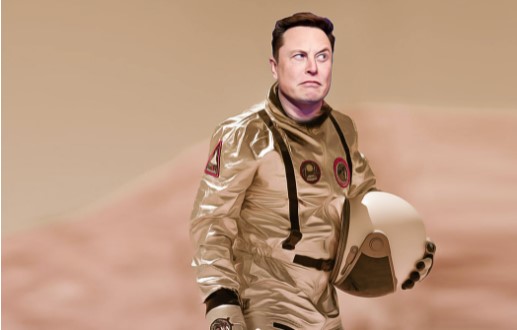 Tesla and SpaceX CEO Elon Musk has hinted that satellite internet provider Starlink may start accepting its biggest meme coin, Dogecoin. So much so that Elon Musk answered the questions with a winking face emoji.

Starlink, a satellite constellation built by SpaceX to provide satellite internet access, came up with claims to accept Dogecoin.

The Starlink project was launched with the aim of offering high-speed broadband internet to customers in the farthest corners of the world. The company currently has around 2,000 operational satellites after dozens of launches.

Users can take advantage of this service for $99 per month, in addition to paying $499 for the hardware kit. However, Elon Musk may soon start accepting Dogecoin payments for Starlink.

So much so that a popular writer shared the following statements on Twitter;

The billionaire businessman responded to this tweet with a winking face emoji, fueling the claims that Starlink will accept Dogecoin.

As reported, the space exploration company has already accepted DOGE for a lunar mission called DOGE-1, which is scheduled to launch in the first quarter of 2022. However, electric car maker Tesla has allowed it to purchase some of its products with Dogecoin, causing the price of the popular prank currency Dogecoin (DOGE) to rise significantly.

On the other hand, last March, Tesla started accepting Bitcoin payments, but later abandoned this decision due to environmental concerns.

The popular joke currency, Dogecoin (DOGE), has risen to the top of the rankings of top cryptocurrencies after this mysterious answer by Elon Musk, becoming the 10th largest cryptocurrency again.

However, the popular prank currency Dogecoin continues to rise alongside the Shiba Inu.