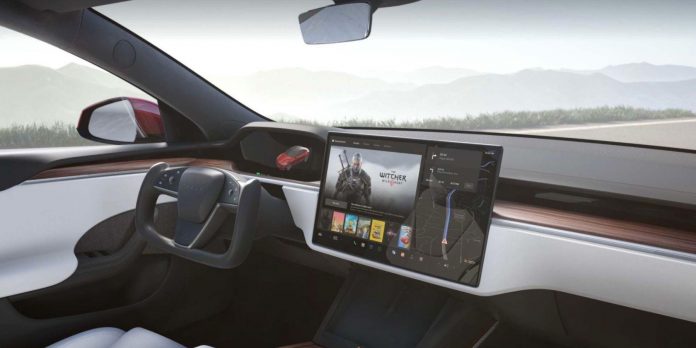 Elon Musk is well known for his exaggerated statements, regardless of whether they revolve around Tesla, SpaceX or any other topic on Musk’s Twitter account. These promises are not always reliable, or as reliable as they are ridiculous. The announcement that Steam, a gaming showcase and digital PC platform, will appear in Teslas is one of these strange ideas. Nevertheless, Musk does not give up the possibility of using Steam in Tesla cars. He even says that Steam for Tesla may come sooner rather than later.

Last week, a post about games on their Tesla appeared on Twitter of the community of Tesla owners from Silicon Valley. The post included a short video showing the owner of a Tesla Model X playing various games on his dashboard while the electric car is charging. They even connect a PlayStation 4 DualShock controller to play Cuphead. Elon Musk then responds to a Twitter message, giving an update on the Steam status for Tesla cars.

Musk’s short answer first confirms that Tesla is still working on creating a Steam showcase for Tesla and is “making progress.” This is an expected, ambiguous statement. But, as befits Musk, he goes even further, saying that the demo will “probably” be available next month. In other words, Steam or a test version of Steam may appear for Tesla drivers as early as August.

The definition of “demo” has a lot of weight in Musk’s Twitter post. Perhaps he was referring to the Steam version, which doesn’t actually run any games, just to test how the software works on Tesla cars. This may mean that it will be possible to play one game or something similar small just for testing purposes. Or he could have meant that a more meaningful beta version of Steam would be released for Tesla, but only for some drivers.

Not only does the definition of the Mask “demo” leave a lot of room for imagination, but the word “probably” leaves open the possibility that this feature will not appear in the near future. Musk tends to release information too soon or, as in the case of Twitter, completely cancel these obligations. Tesla owners may not want to place too much hope on the imminent appearance of Steam.

If Steam can run on a small portable PC like Steam Deck, then there’s really no reason why it can’t run on Tesla. However, this does not mean that Tesla will receive the same attention and optimization as Steam Deck. And there will certainly be disagreement, if not resistance, about Valve putting its gaming platform on a moving vehicle. Valve would not like to see news articles about Tesla crashes when the driver was playing games on Steam. Despite this, it looks like more Steam news for Tesla cars is coming soon.

Why Daryl Might be on the Rick Grimes show “The Walking...