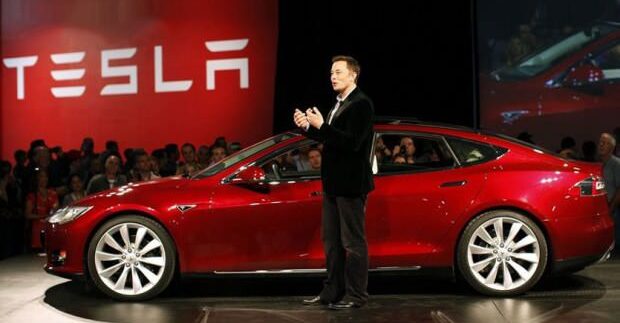 Elon Musk, the name behind companies such as SpaceX and Tesla, called the famous economist Robert Reich ‘fool’, who made him accuse him of forced labor and threatening to take away his business.

In the statements we made recently, Elon Musk announced that he wanted to open Tesla’s production factory in Alameda, near the city of San Francisco. Despite Musk, who said they would open the factory in a limited way, Alameda local government had decided that the factory should remain closed.

Upon the incident, former US Labor Secretary Robert Reich charged Elon Musk that he was forcing people and threatening to take their jobs away. The famous billionaire, angry about these words, said “Stupid” in Russian in response to Robert Reich.

Following Musk’s reply, some criticized the famous name and some supported it. Many people who said that Musk was right suggested that he was a “hero”. Here are some answers from Musk users to Twitter:

“Go. California will be fine without you. You have a platform like this and that’s what you chose to do with it. Go.”

“You got $ 700 million from the average of $ 6 billion over 6 months. Why don’t you just pay to keep employees from working until they’re safe? ”

“Thanks to Elon for coming and talking while others could not dare. You will pay a price for this. Still, thank you for your determination to do so. ”

It was decided to keep the main Tesla factory in the USA closed:
More than 10,000 workers were employed at Tesla’s main factory in Alameda. When the factory in California was not allowed to open, Musk stated that he would sue the Alameda county where the factory is located, while underlining that they would attempt to move the factory to the state of Texas.

The famous billionaire, who repeatedly emphasized that the social distance and quarantine measures implemented in the United States are unconstitutional and fascist, made the following statements, which were the agenda in a meeting where Tesla’s revenues were discussed:

“You forcibly imprison people in their homes against their constitutional rights. You take away the freedom of people in wrong and terrible ways. This is against the values ​​that bring people to America or build America. ”

Elon Musk, who likes to use social media actively, seems to remain on the agenda for a while. So, what do you think about these words of the famous billionaire? You can share your ideas with us in the comments section.

The daring VIDEO of Jungkook’s belly you have to see

KYLIE JENNER AND TRAVIS SCOTT ARE TOGETHER AGAIN?

Google Chat gets dark mode on Android and iOS

Kylie Jenner: her incredible evolution from season 1 to season 17...