Home Entertainment Elon Musk Said He Will Create His Own Smartphone If Apple and... 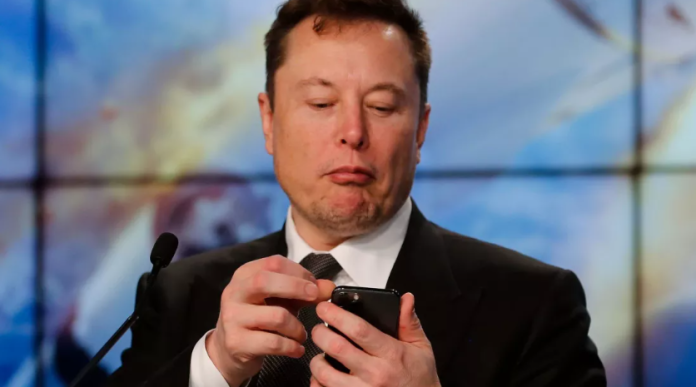 VTF?! Twitter is going through a turbulent time right now, to say the least. But things can always get worse. One nightmarish — though unlikely — scenario is that Apple and Google ban the app from their respective stores in response to limited content moderation on the platform. If the worst happens, owner Elon Musk has an extreme solution: create a brand new phone.

Between the dismissal of half of the company’s employees and the saga of verified accounts, Twitter boss Musk restored previously blocked accounts, including Donald Trump, Kanye West and Jordan Peterson — new ones will return this week. He also fulfilled his promise to make Twitter a bastion of free speech by adopting a more relaxed approach to content moderation. Moreover, Musk reportedly wants to monetize adult content on Twitter, making it look like OnlyFans.

But what one person calls freedom of speech, another will call a poisonous cesspool. It was the latter image that scared off advertisers, some of whom have suspended advertising on the platform since Musk came to power. There are also concerns that if the content on Twitter becomes even more objectionable, the app may be excluded from the Google Play and Apple App stores.

Conservative podcaster Liz Wheeler asked if Musk should circumvent this potentially catastrophic worst-case scenario by releasing his own smartphone. “A man builds rockets for Mars, a silly little smartphone should be light, right?” she asked. Wheeler posted a survey on Twitter asking if people would want to buy such a phone. Just over 51% of the 130,161 participants voted in favor; Wheeler wrote that “half of the country would happily reject biased, spying on the iPhone and Android.”

Would you switch to a tELONphone? Vote yes or no with your best pun for a name below.

Then Musk himself joined the conversation. He texted: “I certainly hope it doesn’t come to that, but, yes, if there’s no other choice, I’ll make an alternative phone.”

I certainly hope it does not come to that, but, yes, if there is no other choice, I will make an alternative phone

Can Twitter really be banned from app stores? This is not beyond the realm of possibility, especially when it comes to Apple, whose security rules primarily prohibit applications containing “upsetting or offensive content.”

Which could be another ominous sign for Twitter. Key Apple executive Phil Schiller recently deleted his account on the platform after Musk complained about the Cupertino fees, calling them a “hidden 30 percent tax on the internet.”

The richest person in the world certainly lacks the resources to create his own phone, but creating a viable alternative to Android and Apple that attracts the masses is not an easy task, no matter how many mobile device users love Twitter and hate surveillance. .