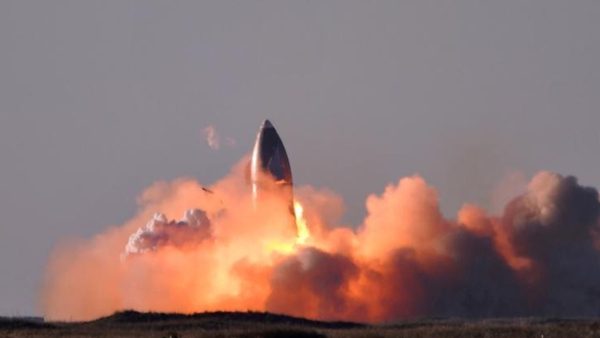 Starship, one of the biggest missions of SpaceX, aims to transport passengers and cargo to the orbit of our planet, the Moon and Mars in the future. However, Elon Musk said in a reproachful tweet that “if it goes like this, humanity will never go to Mars.”

As you know, Elon Musk’s biggest dream and naturally his company SpaceX’s biggest mission is to finally take humanity to Mars one day. On the one hand, it performs tasks such as carrying satellites and astronauts, but this is actually the most challenging topic SpaceX is constantly working on.

One of the important steps taken in this direction is the company’s Starship project, a gigantic 50-meter-long rocket. Starship and SpaceX will perform manned flights to Mars and the Moon. The success of Starship means that SpaceX and humanity have come a long way by taking a huge step in their Mars adventure.

Even prototypes that explode are a success:

Elon Musk and the SpaceX team have launched various launches with many Starship prototypes so far, and these launches often resulted in the rocket detonation. Elon Musk still thinks all these launches were a huge success despite the exploding prototypes. According to Elon Musk, there is a bigger problem than SpaceX, Starship and rockets exploding in front of humanity’s Mars journey; Federal Aviation Administration (FAA).

The reason behind this statement is based on a tweet by Elon Musk. When the starship pricing was postponed due to the lack of necessary permissions by the FAA, Musk was a little ‘angry’ and expressed his system by saying, ‘Humanity will never go to Mars with this departure.

Elon Musk attributes this to the fact that the permits for rocket launches and the total number of launches that can be performed are quite limited due to the protocol implemented by the FAA. In order to launch a rocket, the FAA must stop all flights that will take place at that time and give approval for the launch of the rocket with the necessary regulations, but according to Musk, this whole procedure is quite troublesome.

Su Zhu: The moment Bitcoin owners have been waiting for