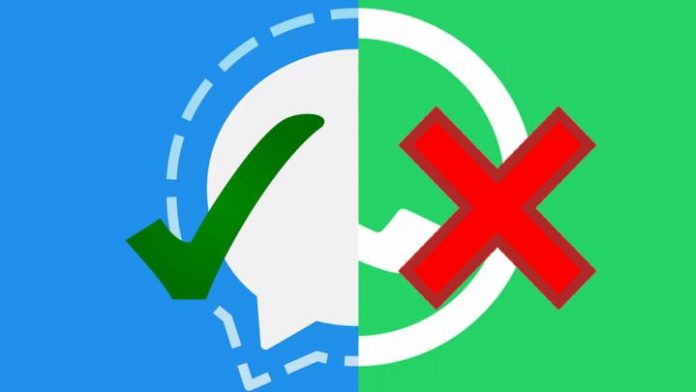 This week the bomb jumped: Facebook announced new conditions for its WhatsApp that you basically have to accept if you want to continue using the app, or delete your account directly. Conditions based on the data that WhatsApp collects from you and your activity through the use of the app, which the company will share with other social networks of yours such as Facebook itself. Conditions that oblige more than offer options to anyone who wants to continue with WhatsApp, except Elon Musk.

Don’t use WhatsApp, use Signal

Elon Musk, one of the key figures in the technology sector of the 21st century both through his Tesla autonomous electric cars and his revolutionary SpaceX rockets – who has won them a contract from NASA to outsource production on future missions space-, is also a lover of controversies. And the last one revolves precisely around the imposition of Facebook.

Musk, who is very active on social media, has urged people to stop using WhatsApp and switch to a more secure app: A Signal, a privacy-focused messaging app. The SpaceX and Tesla boss tweeted “Use Signal” on Thursday after the term “WhatsApp” became a trend on Twitter as a result of the app’s new privacy policy.

Signal, an app that has always tried to stand out for the level of protection for its users and is a reference in terms of encryption, something that has made it recommended by well-known ‘insiders’ like James Snowden and used, for example, by politicians like Carles Puigdemont .

With the subtitle ‘Private Messenger’, Signal has also benefited from the huge boom in this year’s pandemic and lockdowns in the field of video calls. And to continue growing and provide that support more focused on protection than others, the app has introduced encrypted group video calls, a function that supports up to 5 participants and is now available with the latest update.

He also included the hashtag #DeleteFacebook, referring to a popular campaign at the time related to another privacy-based controversy. In fact, neither SpaceX nor Tesla have official Facebook pages, after Musk ordered them to be removed in 2018.

According to him: “It’s not a political statement and I didn’t do this because someone challenged me to do it. I just don’t like Facebook. It gives me the creeps. I’m sorry.”