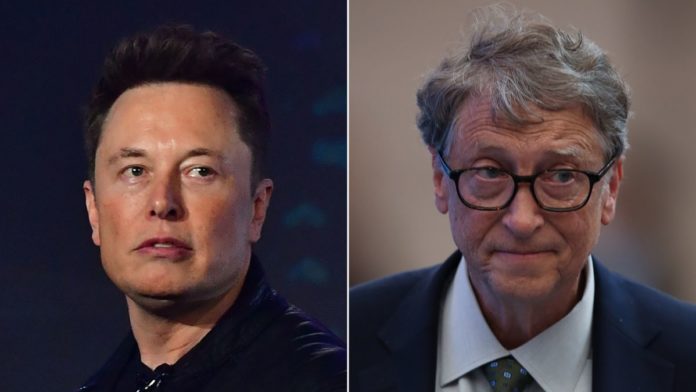 Bill Gates, one of the richest people in the world, recently bought a new car. Gates favored Taycan, Porshce’s first electric motor vehicle, angered Tesla CEO Elon Musk. Musk announced that he was disappointed with the statements he made on Twitter.

Bill Gates, founder of US-based technology giant Microsoft, is one of the richest people in the world. Gates spends a significant portion of his money on non-profit projects and does not compromise his own luxury life. Gates, who closely follows current technologies, recently bought an electric motor car. Gates’ failure to choose Tesla for the electric car did not please Elon Musk at all.

It is an undeniable fact that Tesla is the first company that comes to mind when it comes to electric motor cars. Founded under the leadership of Elon Musk, Tesla is one of the leading companies that direct the automobile industry in this field. The company, which stands out with its autonomous driving system and other systems besides its electric motor vehicles, adorns the dreams of many consumers today. However, Bill Gates preferred Porsche, not Tesla, to purchase an electric vehicle.

Here is Bill Gates’ new toy
Bill Gates recently interviewed a YouTuber. During the interview, the subject came to electric motor vehicles as predictably. Gates made statements praising Tesla on the subject. Bringing the word to Porsche Taycan, which he had just purchased, Gates said that this vehicle was his first electric car and he enjoyed using Taycan.

These events and Gates’ statements have not been overlooked by an account sharing news about Tesla on Twitter. The account called “Tesletter” almost kept Gates’ statements on the ball. Questioning why Bill Gates preferred Porsche rather than Tesla, he made some technical comparisons and said that Tesla was better. The posts made by Tesletter did not escape Elon Musk’s eyes.

Elon Musk, who has been actively using Twitter for a long time, said to Tesletter’s shares, “To be honest, my conversations with Gates disappoint me.” He gave the answer. Another user commented under Musk’s reply, “Can you jump over a chair?” asked the question and added the following video;

can you jump over a chair though?? pic.twitter.com/MEeqsoOyWb

“Right, that was very impressive,” said Elon Musk, who also answered this tweet. said. It seems that Elon Musk did not like the fact that Bill Gates preferred Porsche over Tesla. Musk had also shot on Twitter with Amazon CEO Jeff Bezos and Facebook Founder Mark Zuckerberg recently. Let’s see if Musk’s anger at Gates will ignite a new polemic in the coming days?

BTS DISCLOSES COORDINATED MYSTERIOUS, WHAT DO YOU WANT TO SAY?