Home News Elon Musk does not seem comfortable: a mess 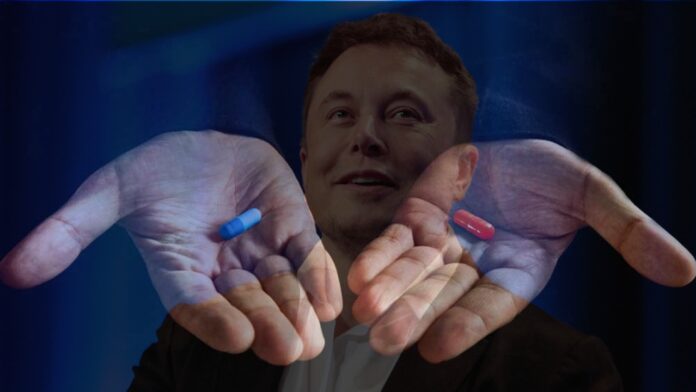 Elon Musk, founder of Tesla and SpaceX, made an interesting post on his Twitter account. The mystery of the sharing has not been solved yet. Some people think this post is about the SpaceX project.

Elon Musk continues to surprise with his Twitter account
Musk, who came to the agenda with the messages he shared from time to time, did not hesitate to come up once again. The famous business man who wrote “Take the red pill” in his post did not explain what this message meant.

Having a dispute with the state of California, USA President Musk could not get the fund support he wanted for the SpaceX project. State officials rejected Musk’s request for both education and employment.

Musk, who said that he would pull his own factories from California if his requests were not fulfilled before, could not get very positive grades for this reason. So, take our tongue, “Take the red pill.” What is the meaning of this sentence?

In fact, this sentence comes from The Matrix movie, which was released in 1999. Morpheus tells Neo that they live in a computer simulation and gives him two pills. One of these pills is blue while the other is red.

The blue pill allows Neo to get rid of this simulation and wake up from this dream. Thus, whatever Neo wants to believe becomes believable. If Neo takes the red pill, he remains in the place called “Wonderland”.

This is the original story, but this sentence has a different meaning in digital environment. This sentence, which is used especially for the issues opened for the President of the USA Donald Trump and at the meetings held on behalf of men’s rights, emphasizes a right-wing political awakening.

Many people think that this sharing is related to the meaning used in the movie The Matrix. It is estimated that Elon Musk, who could not agree with the state institutions of California, wants to send the following message to these institutions:

“Understand that you have been defrauded, deceived and turned into an evil lie. Know that your only way out is to learn how the world works. ” Considering that the red pill is an illusion, this message may be true. Because Musk believes that those who do not help him do not do the right job.

Ivanka Trump, daughter of US President Donald Trump, answered!
Echoes of this issue, which is like a bomb on the Twitter agenda, continue to continue. Because Ivanka Trump gave the following response to Elon Musk’s share: “It was received!”. The conflict between Musk and the California institutions can evolve into the conflict of Donald Trump and Elon Musk.

After this answer, the Matrix director also gave an answer. However, the answer was rather heavy. Director Lily Wachowski shared the following tweet by citing the tweet shared by Ivanka Trump.

Fuck both of you