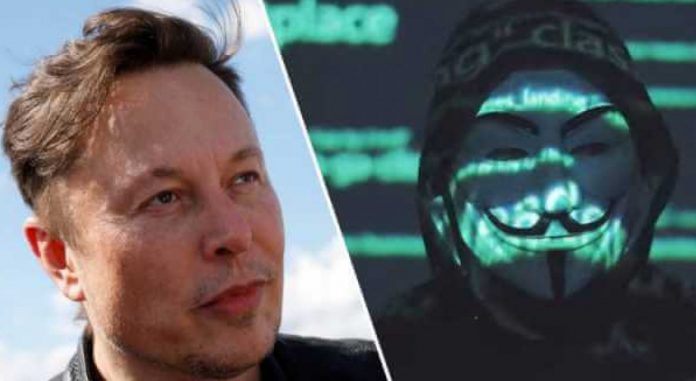 Elon Musk, who was recently threatened by Anonymous, mocked the hacker group with a post he made on Twitter. Perhaps one of the most talked about topics of the last period was the threat of Elon Musk by Anonymous. Threatened by the famous hacker group for allegedly manipulating the crypto money market, Elon Musk shows that he does not listen to the threats and criticisms that come with his shares.

Even the businessman, who reacted to criticism and threats with emoji from his Twitter account, this time mocked the famous hacker group by throwing a smiley emoji on the parody Anonymous video prepared by a follower.

Here is the post where Elon Musk mocks Anonymous

As it is remembered, the famous hacker group Anonymous threatened Elon Musk with a video it shared. In the video released by the group, “You may think you are the smartest person in the room, but now you have found your mate. We are Anonymous! We are the legion!” expressions such as

Here, on this video, a Twitter user named “Not Financial Advice”, who is claimed to be a Tesla investor at the same time, “Anonymous shared his second video guys. He shared the parody video with the expression “This business does not end well”.

The published parody video feels like a real threat video at first. But then things change when a second voice appears. The other person speaking in the video claims that the person impersonating Anonymous is a man named Gordon Johnson.

Responding to the parody video with a smiley emoji, Elon Musk and Tesla investors proved once again that they actually do not care about Anonymous’s threats. On the other hand, it is a matter of curiosity how the Anonymous group, which has come to the fore with serious attacks in the past, will respond to this move of Elon Musk.