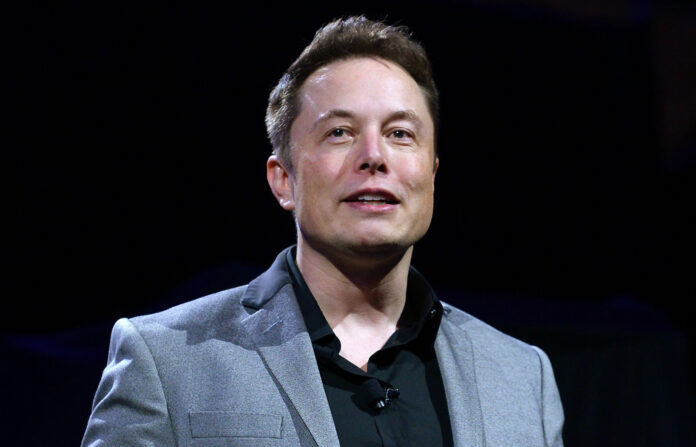 Tesla and SpaceX CEO Elon Musk shared his views on Bitcoin (BTC) with the posts he made on his Twitter account. Speaking about Dogecoin (DOGE) as well as Bitcoin, Musk suggested that there is a similarity between Bitcoin and fiat currency.

Elon Musk posted on Dogecoin (DOGE) on December 20, after which the DOGE price rose more than 20%. Musk then shared a few tweets about Bitcoin and compared it to fiat currency.

“Almost as absurd as fiat money”

The next announcement from Tesla and SpaceX CEO was about bitcoin and fiat money. “Bitcoin is almost as ridiculous as fiat money,” Musk said. The comment drew the reaction of the crypto money followers.

Is it possible to make such large transactions?

Musk’s posts about bitcoin were not limited to this. Musk, who also shared a humorous image on his Twitter account, received more than 170 thousand likes with this tweet.

MicroStrategy CEO Michael Saylor responded to these statements made by Elon Musk. Saylor, who made a recommendation to Elon Musk, said to him, “If you want to do a $ 100 billion favor to your shareholders, buy bitcoins with the dollars in Tesla’s safe. The other companies listed on the S & P500 follow in your footsteps, and that $ 100 billion over time goes up to $ 1 trillion. ” said. Saylor thus uncovered the 10-fold growth potential of bitcoin.

Musk’s response to this is “Is it possible to do such big transactions?” happened. Saylor asked this question, “Yes, I bought 1.3 billion dollars of bitcoin in a few months. If you want, I’ll tell you how to get it. ” he replied. 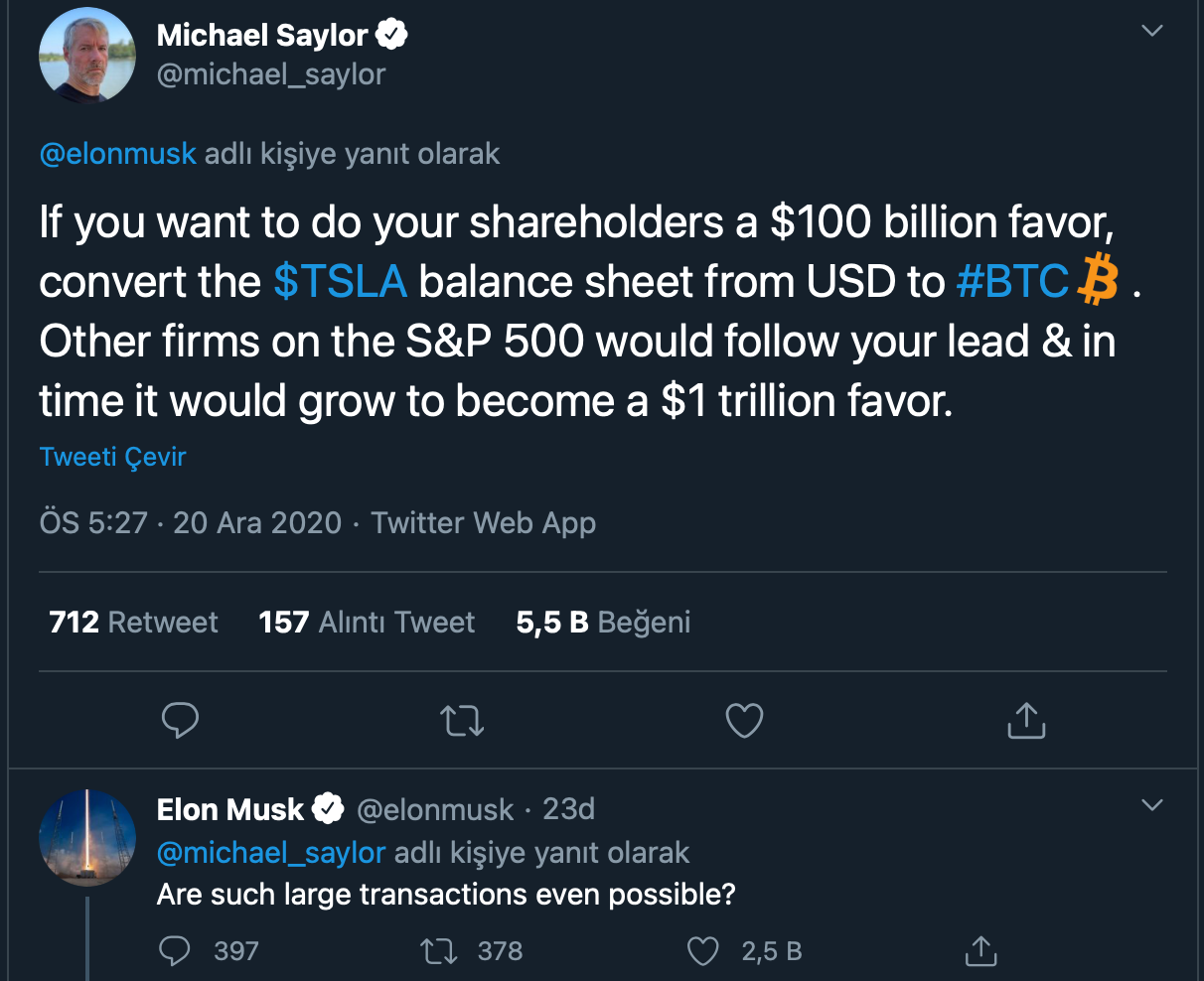 Elon Musk’s “Is it possible to do such large volumes?” The question gave hope to cryptocurrency supporters. Tyler Winklevoss, the founder of the crypto money exchange Gemini, shared the following about these developments:

“When Elon Musk passes Tesla’s balance sheet to bitcoin, we will no longer say” Bitcoin price will rise to the Moon! “But” Bitcoin will go to Mars! ”