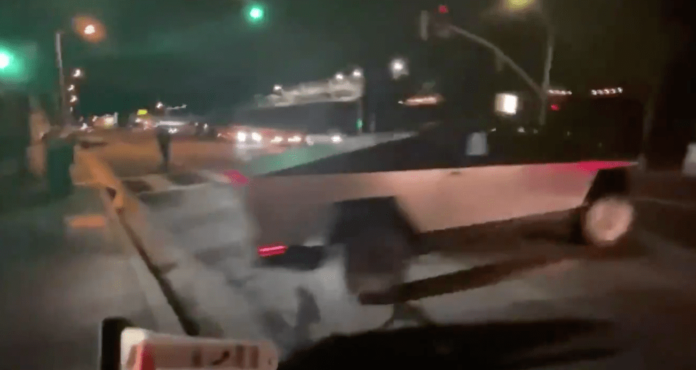 Cybertruck was filmed last night in Los Angeles. Elon Musk used Cybertruck to go to a luxurious restaurant called Nobu. Although Musk was talking to someone in front of the car when leaving the restaurant, it was not known exactly who was driving.

Ultra-powerful Cybertruck (!) Smashed the traffic cone
Cybertruck struck a cone as he stepped out of the luxury restaurant’s parking lot. Behind the spread of the video of this little accident with Cybertruck, thought to have been used by Elon Musk, people started joking about Cybertruck.

It seems that we will continue to face such news and jokes until Cybertruck is released. Once we start seeing Cybertruck on the road, we can’t even imagine what the car will see.

Millions of compensation from Uber to disabled women