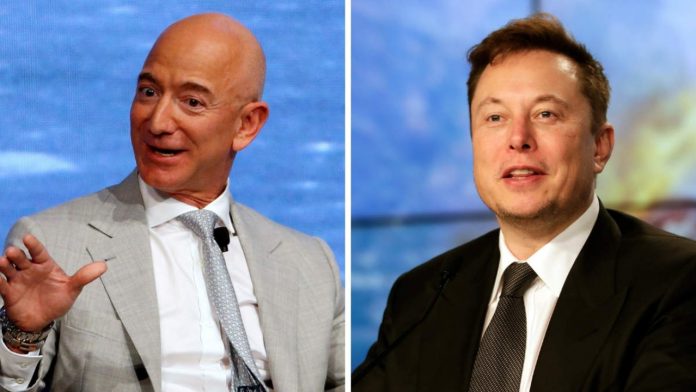 The competition between Tesla and SpaceX CEO Elon Musk and Amazon CEO Jeff Bezos is growing steadily. Jeff Bezos, who is the richest person in the world, can lose his throne to Elon Musk. While the companies with the two names as CEO competed with each other in some areas, the race between the two gained speed.

Musk and Bezos, who are the founding CEOs of the companies included in the list of the most valuable companies in the world, are richer than many companies and even countries with their wealth. Especially Amazon and Tesla shares traded on the New York Stock Exchange brought the two names face to face on an important issue.

In the news from the USA, it is stated that the mobility in Amazon (AMZN) and Tesla (TSLA) stocks traded on the New York Stock Exchange is on the agenda. Because while Amazon stocks have been trending down in the last week, Tesla shares have entered a remarkable upward trend. However, the 743 percent increase in Tesla’s shares compared to last year attracted attention in this direction. Amazon shares gained 65 percent compared to last year.

It is reported that there are many shares owned by Elon Musk among these valued shares, so the wealth owned by Jeff Bezos is a little closer. Musk explained that he had little to do with material things despite the earnings, and that he had little assets other than his shares in Tesla and SpaceX. Musk stated that the main purpose of his fortune was to accelerate the evolution of humanity into a civilization that made space travel.

Following Elon Musk and his companies closely, Bezos has a fortune worth $ 202 billion. Elon Musk is known to have a fortune of $ 153 billion. Considering that the CEO of Amazon has earned $ 90 billion in the last 1 year, it is stated that it will not be very difficult to close the $ 49 billion difference.

Amazon Announces Cast of The Lord of the Rings