Home Crypto Elon Musk is on the agenda again with his tweets: What’s the... 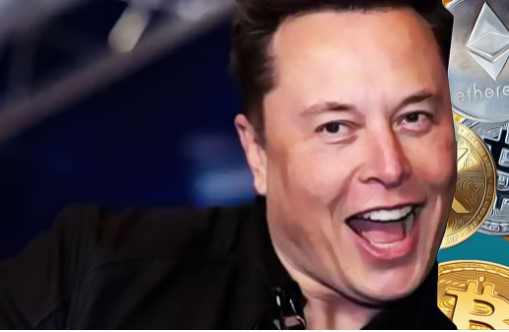 Elon Musk, who influences the crypto industry with his every move and can direct investors with a tweet, has also been talked about a lot with his last tweet. Twitter users believe that Tesla founder Elon Musk’s latest tweet contains a hidden Dogecoin (DOGE) message.

Elon Musk, who is already known to be a Dogecoin fan, is what he does. Multimillionaire Elon Musk states that the limbic system, located deep in the brain, is a powerful structure that provides dominance of emotions and thoughts. In addition, Musk states that if someone slaps you, it is the most logical move to extend the other cheek. A user, on the other hand, states that by taking certain words of Musk’s message, the original language of which is English, a hidden message DOGE is powerfull. Therefore, Musk comes up with DOGE in a humorous way again.

The philosophical stance in Musk’s tweet, which is thought to be one of the best brainpowers in the world, is also seen after the Chechen leader called Elon Musk Elona Musk after he sent a duel invitation to Vladimir Putin, who was the leader of Russia and decided to declare war on Ukraine. After this feminine attribution, Elon Musk immediately changed his username on Twitter to Elona Musk. In fact, after this move, many anonymous wallets named Elona Musk began to be created on platforms.

Musk, who uses Twitter with his intelligence and knows how to have fun, is also known as a good investor. Musk is known to stockpile Dogecoin (DOGE), Bitcoin (BTC), and Ethereum (ETH). Earlier in the week, before the Fed interest rate decision, Tesla CEO Musk also announced that he would not specifically sell crypto assets. All three cryptoassets rose slightly after this process.

Today Is The Important Day For These 22 Altcoins: Here’s What...