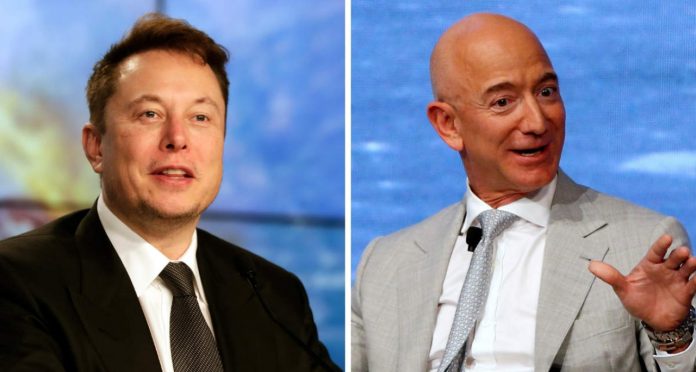 The rivalry between Elon Musk and Jeff Bezos, the two richest people in the world, resulted in Musk’s victory. For a while there had been competition for wealth. Tesla and SpaceX CEO Elon Musk maintains his place on the agenda with his striking statements, while Amozon’s founder and CEO Jeff Bezos draws attention with his breakthroughs on the Amazon side. According to new figures, the richest person in the world was Elon Musk.

Elon Musk and Jeff Bezos, the founders of the world’s most valuable companies, are among the most remarkable names in the world with their wealth. Shares of Amazon and Tesla, which have been traded on the New York Stock Exchange for a while, came face to face. The volatility in Amazon (AMZN) and Tesla (TSLA) stocks traded on the New York Stock Exchange drew attention. Along with the rising Tesla shares in a short time, Elon Musk’s fortune started to multiply.

.@elonmusk is now the richest person in the world at $190 billion.

For a while, Tesla stocks seemed to be on the rise against Amazon. Tesla shares have grown by 743 percent since last year, and investors seem to have directed their investments to Tesla as if they wanted to take advantage of the wind while catching this rise. Compared to last year, Amazon shares gained 65 percent.

It is reported that there are many shares owned by Elon Musk among these valued shares, so it is a little closer to the wealth owned by Jeff Bezos. Musk had announced that he had little to do with financial endeavors despite the earnings, and that he had little assets other than his shares in Tesla and SpaceX. Musk says the main purpose of his fortune is to accelerate the evolution of humanity into a spacefaring civilization.