Home Crypto Elon Musk influences the price of Dogecoin (DOGE) with these events! 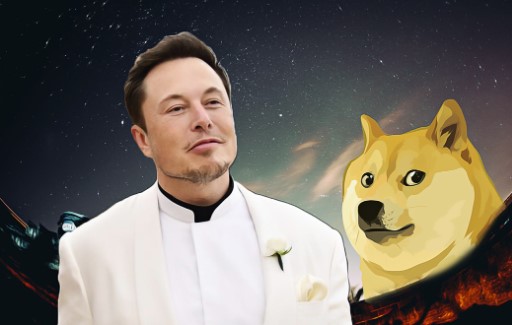 Elon Musk, a Dogecoin fan, continues to make a name for himself with his activities and influence the price of DOGE. Musk raises the price by hosting a Cyber Rodeo event and having a Dogecoin with a drone at that event.

At this event dedicated to the launch of the Texas gigafactory, Musk simultaneously organizes this enthusiastic event to celebrate the opening, and once again emphasizes his admiration for DOGE. During the event, the presence of the DOGE mascot does not go unnoticed.

At the same time, the price of Dogecoin (DOGE) increased by more than 5% and reached $ 0.1527. At the time of this writing, DOGE is trading at $0.145, down about 1.45% in the last 24 hours. In addition, DOGE attracts attention with weekly growth of 6.4% and monthly growth of 25.4%. Despite the fact that the event raised the price of DOGE, later this most popular meme token, DOGE, returned to the $1.45 mark.

On the other hand, Elon Musk is also talking about buying 9.2% of Twitter shares. The CEO of Tesla is already very active on Twitter. Along with these promotions, Musk also joined Twitter’s management team. Therefore, it is believed that Musk will vote for DOGE as a tool to pay for accepting donations on Twitter.

With this stock purchase, Musk, Twitter’s largest shareholder, can acquire more than 14.9% of the shares with a signed agreement. Earlier, Musk announced that he would make improvements on Twitter. Investors and DOGE lovers believe that these improvements will affect DOGE as well. In addition, the Mask informs you that you can add an edit button. The creator of Dogecoin has been constantly talking about using DOGE as a donation method on Twitter. The DOGE ecosystem now believes this is possible with a Mask. The adoration of the DOGE Mask is widely known in the crypto market, so it is believed that the development will not end there.

Analyst Warns: Expect Corrections To These Levels In Shiba Inu!