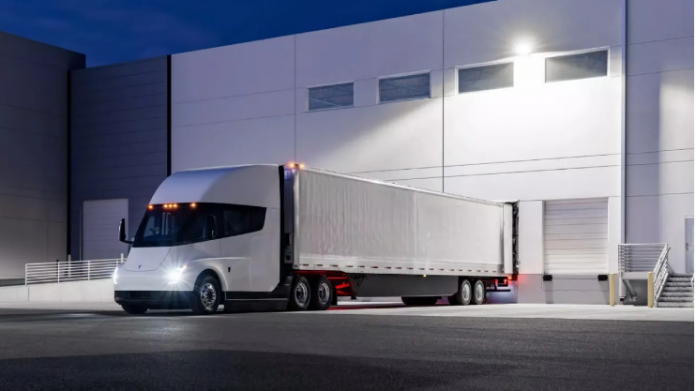 Elon Musk announced good news about the delivery dates of the Tesla Semi model, presented in 2019. Collaborating with Pepsi in recent years, Tesla has pressed the button to release the Semi model.

Pepsi announced in an interview with CNBC in 2021 that Tesla Semi trucks would reach them in the last quarter of 2022. Elon Musk announced the delivery date of the Tesla Semi in a statement on Twitter today.

Delivery date announced: Tesla Semi on the roads in December 2022.
Undoubtedly, one of the most important expenses in the field of logistics is fuel. It is known that the energy efficiency of cars with internal combustion engines ranges from 20-30 percent. The energy efficiency of electric vehicles can reach 77 percent.

Tesla has announced that thanks to semi-trailers, companies can save $200,000 on fuel in two years. The model, whose claimed power reserve is 800 km on a single charge, is also very assertive in terms of performance.

The model with a simple interior design has 2 touch screens. With these two screens, drivers will be able to manage all operations related to the vehicle.

On the company ‘s website about the Semi model it is written: “Charging with electricity is about 2.5 times cheaper per mile than refueling with diesel. In the first three years, you can observe fuel savings of up to $ 200,000. With wireless software updates and fewer moving parts that need to be serviced, you will be able to reduce maintenance costs.” statements are included. However, the acceleration time from 0 to 100 km/h of the Tesla Semi model is indicated as 20 seconds.

The Tesla Semi has 3 electric motors. The company claims that thanks to the fast charging technology it has developed, the car can achieve a 70 percent load in just 30 minutes.

Idol And Actor Lee Ji Han Has Died At The Age...

TXT and BTS Shows That They are Like a Family