Home Celebrity Elon Musk and the Grimes Pair Reveal the Meaning of the Name... 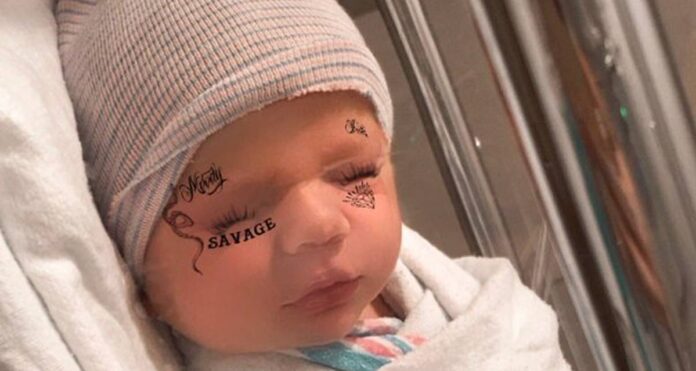 A strange billionaire Elon Musk named his newborn child X Æ A-12. Many people wondered what this name means? Grimes, the wife of the famous CEO, explained letter by letter.

Elon Musk, founder and CEO of companies such as Tesla, SpaceX, became a father the other day. Elon Musk and the Grimes couple confirmed that they called their newborn child “X Æ A-12”. So what does this name mean?

Grimes, Musk’s singer in Canada, made a statement about the name they gave their children. Grimes, explaining the characters of the name given to the child in a statement made on Twitter, also helped to solve the questions in mind. Elon Musk – The strange name given by the Grimes couple to their children means:

What does X Æ A-12 mean according to Grimes’ explanations?
X: Unknown variable
Æ: The pronunciation of AI (AI) in medieval English style (abbreviation of Love and / or artificial intelligence),
A-12: Grimes and Musk’s favorite plane model, which is the pre-S-71 character. He has no weapons, no defenses, only speed. Great in battle, but not violent
A: My favorite song is Archangel.
Elon Musk, who tweeted a confirmation of this statement made by Grimes, corrected a mistake of his wife. Grimes said the A-12 was before S-17. Musk explained that Grimes meant SR-71’s pioneer, everything else was correct.

X Æ A-12 Musk was the sixth child of Elon Musk, and was born as the first child of Grimes. The famous CEO had been divorced 3 times before.

Is it legal?
It is known that Grimes gave birth in the state of California, USA, where names were checked before they were registered. In the state, it is forbidden to use illustrated and concept letters and letters with accent marks as names. These include letters such as ç, è, ñ, ē. The name Musk thinks for his new son is likely to have problems due to special characters.

It is known that the biggest dream of the famous CEO is to send people to Mars. It is obvious, Elon Musk could not succeed his son X Æ A-12 Musk. All this will show the future.