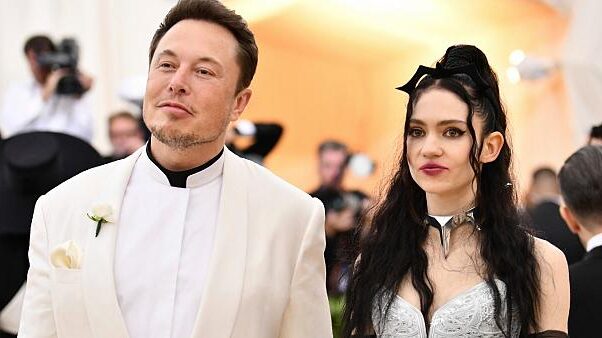 Elon Musk and Grimes legally name their son X AE A-XII. Parents’ original idea was to name baby X Æ A-12, but California does not allow symbols or numbers to be used in the name.

The eccentric couple Elon Musk and Grimes, officially named their son as X AE A-XII, according to the birth certificate obtained by the American media TMZ, leaving aside the popular and viral X Æ A -12 they announced in May.

It was on May 4 when the couple’s baby was born, the founder of Tesla and SpaceX gave the news through their social networks, explaining that both the mother and the little boy were in good health from childbirth, nothing unusual, until who revealed his name.

The businessman revealed after being questioned on networks that his son would be named X Æ A-12 Musk, which unleashed a wave of memes and different reactions to such a chaotic name, however, after a month of this, the name it materialized with some modifications.

Because symbols or numbers are not allowed in names in California, the couple had to change plans at the last minute and find a way to name their son differently, so they left out the X Æ A-12 to opt for X AE A-XII, giving it the same meaning.

The “AE” now replaces the “Æ” symbol. As for “A-XII”, it replaces the number 12 that they had planned to use.

How do you pronounce the name of X Æ A-12, the son of Elon Musk and Grimes?

Although it may seem a bit strange, the truth is that it does not take much research to find out the meaning of this, so one of Grimes’ followers shared in detail a brief explanation about the baby’s name and left everyone paralyzed.

Turns out, according to his theory, the combination of symbols translates to “X Ash Archangel”, since Æ, according to Wikipedia, is pronounced “Ash” and “A-12” was the name of the CIA plane, which it was called “Archangel” or in Spanish, “Archangel”.

And according to some Internet users, this set of words would translate to “Sasha Archangel”, which would be the baby’s name if the symbols used by the couple to confuse the world and thus make history on social networks are analyzed.