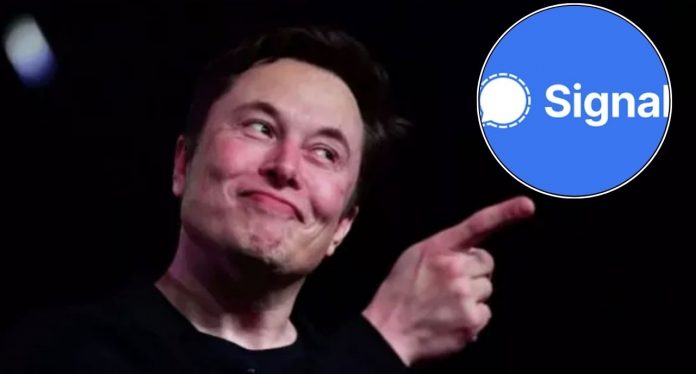 Elon Musk said, “Use the Signal.” Elon Musk, who has recently won the title of the richest person in the world, also actively uses Twitter. Musk, who managed to stay on the agenda with his posts here, drew attention with his “Use Signal” tweet he recently posted.

While the fact that WhatsApp will be subject to Facebook permission from users for data use was the boiling agenda of social media, Musk suggested Signal, a very unknown messaging application.

Elon Musk is on the agenda with Signal application

After sharing Twitter with the use of Signal, there was an intense demand for the application and investors were born. However, things seem a bit mixed on the investors point.

Imagine investing in the messaging app Signal, thousands of investors mistakenly invested in a company unrelated to Signal. The company called Signal Advance was trading at $ 0.60, but the company’s shares, which were not affiliated with the messaging app, gained over 100 percent in 2 days after the investors were installed.

The messaging application Signal, on the other hand, announced on Twitter that it had some problems in response to the explosion of users. This application, which managed to get into the mobile devices of thousands of people, was developed by the Signal Foundation and Signal Messenger LLC.

You can make voice and video calls with Signal, a free and open source messaging application. Besides, you can create groups and send files, voice messages, images, videos to the other party. So it is possible to say that it is an application like Telegram and WhatsApp.

Jeff Bezos is set to become the planet’s first trillion in...

Fast and Furious 9 postpones its premiere for a full year