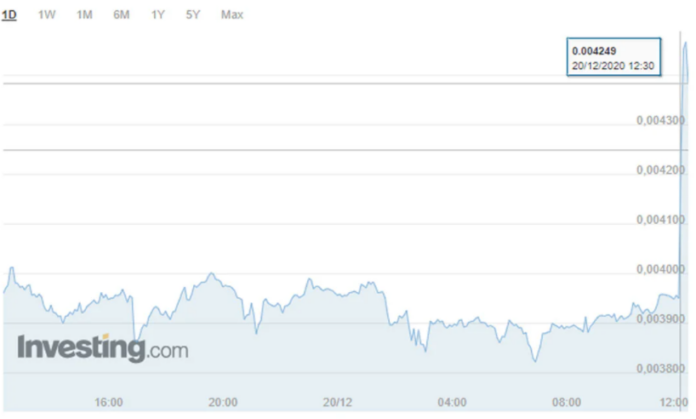 Elon Musk, the CEO of SpaceX and Tesla, managed to shake the crypto money market with the Tweets he shared in the last 1 hour. Elon, who beat Bitcoin, only shared the word Doge, allowing the money to gain value.

Elon Musk , the CEO of Tesla and SpaceX companies , repeatedly tweeted Bitcoin , which he likes to remember from time to time . The billionaire businessman has posted several Tweets focused on Bitcoin in the past 1 hour. Musk used the phrase “Bitcoin is my safe word” in his first Tweet .

After that, Elon continued his Tweet, “Joke, who needs a safe word?” said. Elon then shared an image stating that Bitcoin is something very seductive . Elon Musk’s posts were not limited to these.

At the time of writing this article, Musk shared two more new Tweets. One of the Tweets shared by Musk was ” Bitcoin is almost as ridiculous as currencies ” . A few minutes after he shared his Tweet, he shared the phrase ” One word: Doge “, referring to Dogecoin, which has probably gained value in recent hours .

After Elon Musk’s share of Doge, Doge, which has already gained close to 9% , has exceeded 12% value gain as of the moment we prepared the article . While the Tweets shared by Elon Musk criticized Bitcoin, his sharing of Doge affected the cryptocurrency market for a moment.

After all this, Elon Musk continued his activity on Twitter and updated his profile. Musk placed the phrase ” Former CEO of Dogecoin ” in the description of his profile . After that , he ended his instant Tweet adventure by sharing the words “Come for comments, stay for memes” (it looks like).

Probably not many people, including us, could understand the underlying purpose of Elon Musk’s posts. Even some of the words that the businessman, who is famous for his humorous posts on Twitter, probably just shared, affected the market . We’ll be following what Musk will share in the coming hours.

The First Trailer From Rumble, An Animated Movie With Its Interesting...