Home Tech Elon Musk: I Believe that the Robotaxi Project Will Come to Life... 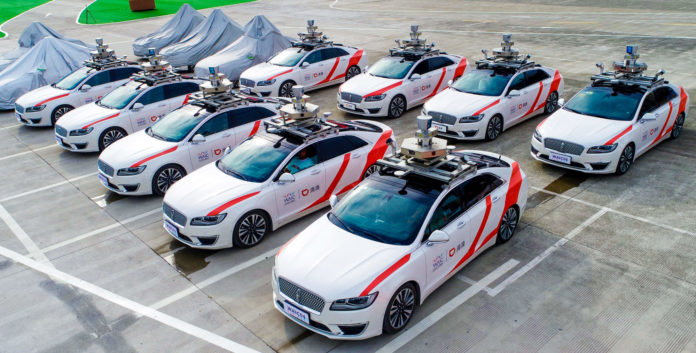 Elon Musk made statements about the Robotaxi project he voiced in recent years. In his statements on Twitter, Musk explained that he is still hopeful for Robotaxi in 2020 and that legal permissions are the biggest unknown.

Tesla, one of the important names in the automobile industry, has been working on electric motor and fully autonomous vehicles for a long time. While the company has managed to win the appreciation of consumers with the vehicles it has put on the market until today, it seems that it will continue to be at the forefront by doing remarkable works in the future.

Tesla has been working for years to develop autonomous driving systems for its vehicles. The company announced a project called Robotaxi last year as part of its work on autonomous vehicles. This project involved the creation of Tesla-branded yellow taxis without a driver.

Elon Musk can launch Robotaxi later this year if legal permits are granted
Elon Musk announced in his statements last year that the Robotaxi project covers 1 million vehicles. Moreover, according to Musk, 1 million vehicles of the project would have been implemented this year, until the end of 2020. Now making a new statement about Robotaxi, Elon Musk stated that he still believes the project can be realized by the end of the year.

According to the statements made by Musk, there is a very important problem for the Robotaxi project to be implemented. This issue is legal permissions. Musk, in his statements on Twitter, stated that the legal permissions to be obtained for Robotaxi are still a great unknown. So if the US government grants valid permits for Robotaxi, Tesla will speed up the work so that this project can be implemented.

Robotaxi will be a revolutionary innovation for consumers. People will be able to call Tesla branded taxis soon with the mobile application they will install on their smartphones. The vehicle that receives the call will go to the passenger concerned with the help of the autonomous driving system. Tesla, which will take the passenger it receives to the desired location via the autonomous driving system, will thus provide full autonomous taxi service.

It is not possible for the driverless Teslas that are included in the Robotaxi project to be stolen by a customer. However, customers getting into the vehicle can damage the vehicle with the thought that they are not followed. Tesla equips the Model 3’s with cameras to prevent this problem. In his statements yesterday, Musk added that these camera hardware is related to Robotaxi.