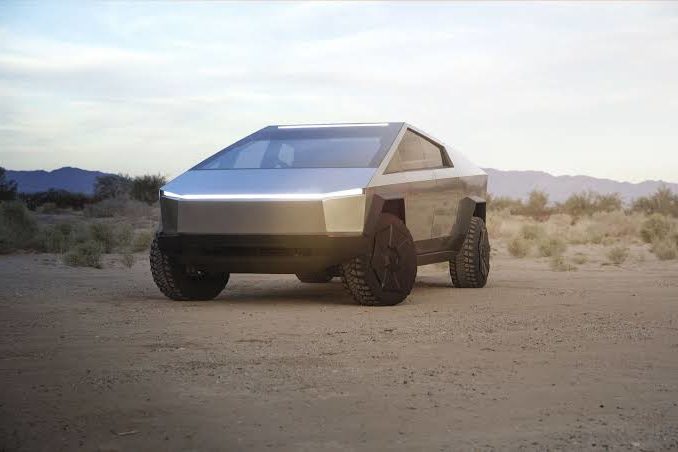 Tesla recently introduced Tesla Cybertruck, a pickup model with a different and interesting design. Elon Musk explained the order figures for this interesting vehicle in a post on Twitter.

Tesla, who entered the electric car industry like a bomb and pioneered, recently introduced the pickup model Tesla Cybertruck, which has an engraved design that almost everyone has in mind. Interesting corners and triangular design of the vehicle attracted attention with technical specifications was also quite exciting. The Tesla Cybertruck, which is unlike any of the pickup models ever launched, is also more powerful than almost any pickup model on the market.

With its interesting design and exquisite hardware features, Cybertruck also faced problems on the day of the promotion. When the car’s unbreakable windows were tested, an error occurred and the windows were broken. Of course, this is an unobtrusive statistic for a vehicle that has a long time to launch. Just after Tesla Cybertruck was introduced, the company’s CEO, Elon Musk, announced Cybertruck’s sales figures.

146,000 orders received without any ads
Elon Musk, CEO of the Cybertruck-producing company Tesla, announced the sales figures for this interesting monster. Musk said in a Twitter post that 146,000 orders have already been received for Cybertruck. 42 percent of these twin-engine, 41 percent of three-engine and 17 percent of the single-engine models, indicating that Elon Musk, in addition, shared a tweet.

Sharing another tweet under his own post, Musk said this number was reached without any advertising and paid support. Apparently, Musk is quite satisfied with the order quantity received. In addition, the company receives a $ 100 refundable deposit for each order. Tesla has received a deposit of $ 14.6 million so far.