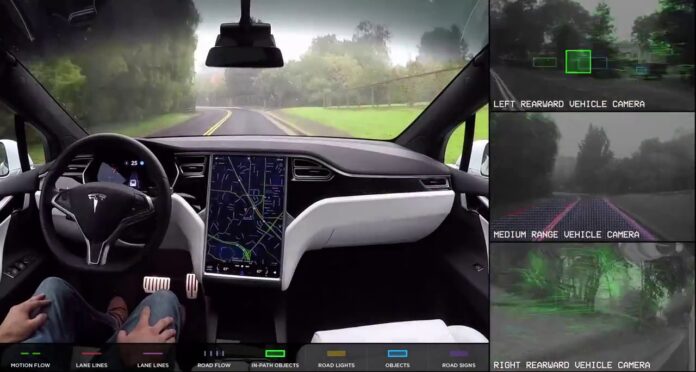 Elon Musk, CEO of Tesla, the world-famous electric vehicle manufacturer, announced that the company will offer video conferencing to its vehicles in the future. The feature may be available soon because most Tesla cars already have enough equipment for video conferencing.

The coronavirus epidemic, which globally influenced humanity, enabled many things to be used more intensively than before. One of the things that the virus outbreak left many companies and institutions in need of was video conferencing.

Tesla CEO Elon Musk said with a new statement on his Twitter address that one of the features that Tesla vehicles will “definitely” receive is video conferencing. After Musk announced, at least Model 3 users are expected to have video conferencing feature in a short time. Because the Model 3’s already have a camera facing the driver.

The Tesla Model 3 came with a camera on the rearview mirror for potential use. However, Tesla has not yet offered a feature that uses this camera. This camera in Model 3 is now available for video conferencing. In addition to the camera located in the rear-view mirror of the Model 3, the vehicle’s information and entertainment display can also be used for video conferencing.

Tesla Model 3 has a camera in the rearview mirror
In the past period, Tesla filed a patent application for the camera. The patent named “Personalization System and Method for a Vehicle Based on the Spatial Locations of Passengers” can actually be summarized as the camera’s recognition of the driver and the vehicle’s personalized settings of the driver.

Tesla’s patent application and Elon Musk’s statement from Twitter show that the camera in the rearview mirror of Model 3 can be used for video conferencing within a short time. Tesla can offer its video conferencing feature to users even faster by considering the virus outbreak.

Drake: Know Everything About His New Project