Home Crypto Elon Musk and Twitter Commentary from the Crypto Ecosystem: what will happen? 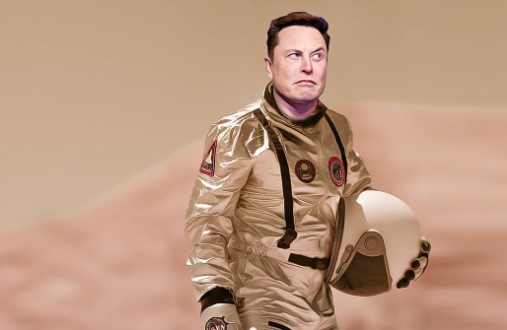 Yesterday it became clear that Tesla CEO Elon Musk has completely bought Twitter. This not only led to the fact that the cryptocurrency market turned green, but also forced crypto commentators to start rumors that Twitter will now become a crypto universe. In this process, Cardano CEO Hoskinson, Galaxy Digital founder Novograzt and Bitcoin opponent Peter Schiff interpret the situation this way.

The Crypto Ecosystem is Satisfied

Cardano CEO Charles Hoskinson says that Elon Musk’s full ownership of Twitter is a good sign and that Musk will move the company for the better. Hoskinson claims that Musk can ban bots created in the name of Twitter fraud, and even that he will be the only one who can do it.

In addition, the CEO has previously commented on this topic and stated that if Musk’s proposal is rejected, Musk will not stop and will create a social media platform from scratch. But this was already expected, and Musk completely owned Twitter. Some commentators believe that Musk should sell some of Tesla’s shares to cover his Twitter shares.

Can we get rid of bots?

Mike Novogratz, CEO of Cardano, as well as the founder of Galaxy Digital, also shares his comments on this. Novogratz, like Hoskinson, stresses that the only way to get rid of bots created on behalf of crypto fraud on Twitter is Musk. Novogratz says that if Musk does this, that alone will be enough for him to be grateful to Musk.

On the other hand, Peter Schiff, the founder of SchiffGold, known for his love of gold and rejection of Bitcoin (BTC), of course, does not miss the opportunity to criticize Musk. Schiff was the first to suggest that Tesla shares would be sold. In addition, Schiff declares that the Tesla bubble will burst, and says he will sell it at a lower price than it is worth. However, Schiff adds that he did not really expect this sale to take place, and that Musk’s investor acumen was not exaggerated for the first time.

Legacies Season 4: Episode 15 said goodbye to this character from...