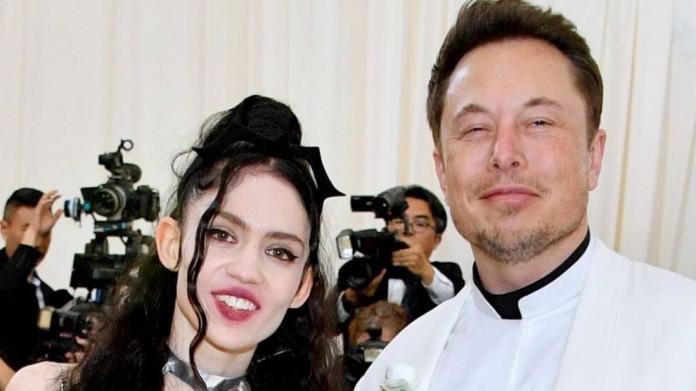 Elon Musk, the richest person in the world, once again became a father. In the statements made by the famous singer Grimes, it was stated that a daughter was born to the couple, who separated in the past months, and that her name was Exa Dark Sideræl Musk.

Elon Musk, CEO of giant companies such as SpaceX and Tesla, is among the richest and most famous people in the world with a fortune of 234 billion dollars. However, this name’s strange social media posts and private life come to the fore as well as his work. It would not be wrong to say that one of them might be the names that the famous billionaire gave to his children.

Musk announced that he was a father once again in 2020. After that, 50-year-old businessman and Canadian famous singer lover Grimes announced that they named their children X Æ A-12. We also conveyed to you that the meaning of the rather unusual name was shared by Grimes. Now the news has shown that the couple, who announced their separation in September of 2021, recently gave birth to another child.

In a recent interview with the famous magazine Vanity Fair, Grimes announced that she and Musk have given birth to a second child. The 33-year-old famous singer stated that the child, whose gender is a girl, was born with the help of a surrogate mother last December. In addition, Grimes stated that they called their daughters under the pseudonym “Y” with Musk, and that the full name of the child was Exa Dark Sideræl Musk, and noted that they gave an unusual name to their children.

According to the explanations, Exa comes from the term supercomputer exaFLOPS. Dark, which means darkness, is used to refer to the ‘unknown’, and Sideræl is used because it means ‘the real time of the universe’. It was also stated in the statements of the famous singer that the spelling of Sideræl was inspired by the elven language in J.R.R Tolkien’s famous work, The Lord of the Rings, and was used to refer to Grimes’ favorite character, Galadriel. In addition, let’s add to our words that Exa Dark Sideræl Musk is Elon Musk’s seventh and first daughter.

Also in the interview, Grimes was asked if he and Musk are still together. The famous singer stated that he could not give a definite answer to this question. Musk also described his relationship with Grimes as “semi-separate” in his previous statements. In addition, Grimes states that they live in separate houses; however, he said that they see each other all the time, so he can describe Musk as his ‘boyfriend’.

However, shortly after Vanity Fair’s article was published, Grimes shared a tweet, announcing that he and Musk had split ‘again’ a few days after giving the interview. In addition, the Canadian singer stated that Musk is still his best friend and that he will continue to see him as the love of his life.