Home Crypto Elon Musk and Dogecoin Sad: This Meme Coin Is In Space! 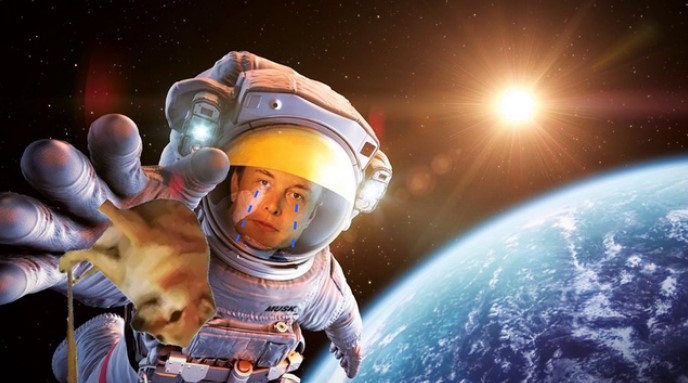 DOGEBONK is outpacing Elon Musk’s Dogecoin to achieve “the first meme coin in space” status after successful ad campaigns this week. The Tesla CEO had promised to send a satellite into space in 2022, fully paid for with Dogecoin. But Musk’s dreams of the first crypto-powered space mission have now been shattered. Before Dogecoin (DOGE), the Binance Smart Chain (BSC)-based DogeBonk (DOBO) was the first meme coin to “supposedly” launch into space. Here are the details…

Meme coin Dogebonk settled on Twitter trends on Dec. 15, with some of its ad campaigns paid for with the project’s cryptocurrency DOBO.

DogeBonk (DOBO) was also the Twitter trend on December 19th.

#SorryElon but we beat #Dogecoin as the first #memecoin in space. Watch us prove it tomorrow on our stream – https://t.co/QcEG29SaRx at:

Any words to say @elonmusk? pic.twitter.com/lCNWxipo9F

“Sorry Elon, but we beat Dogecoin as the first meme coin in space,” one of the Dogebonk developers tweeted.

The #BigStunt goes live in less than two hours!!! #SorryElon

Dogecoin is on the decline! DOBO goes into space

The Dogebonk community has run many ads in major cities in a “meme coin war” against other cryptocurrencies like Shiba Inu and Floki. One of the Dogebonk developers said they “plan their meme-like advertising drums to be much brighter.” However, he added that “Floki’s ads have become impossible to approve after receiving so many complaints.” The developer says that dogs or baseball bats cannot be included in the ads that have been moved to billboards, so they hide the memes inside the images.

Legendary Analyst Expects a Bull Run in Those 3 Altcoins!

Rockets: These 6 Altcoins Have Launched To Topple The Big Ones!