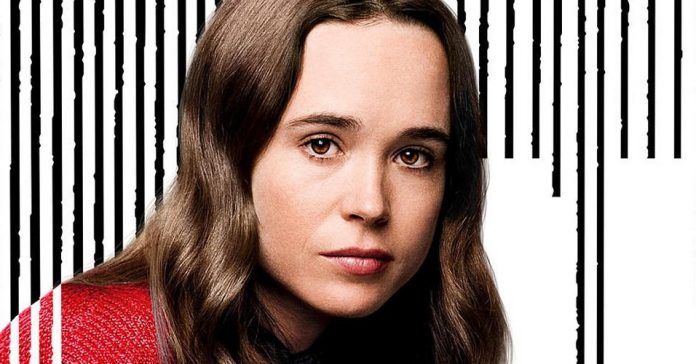 Filming is underway on season 3 of The Umbrella Academy and Elliot Page has taken to Instagram to reveal a photo from the set. Although, not much can be seen in the picture, it does show its logo for season three, which features both the traditional Umbrella logo and the symbol of its newly revealed alternate universe rivals, The Sparrow Academy.

The second season of The Umbrella Academy show set up the arrival of this new batch of characters, including Ben played by actor Justin Min, still alive and sporting a much more sinister haircut.

On the other hand, Elliot Page made headlines last year after confirming in a series of posts that he identifies as a non-gender binary transgender person, while also changing his name from him to Elliot.

Shortly after their public reveal, it was confirmed that they would continue to play Vanya Hargreeves, a cisgender woman, in the series and that there are no plans to change the character’s gender and Netflix acted quickly on Elliot’s name change, updating the credits on The Umbrella Academy to accurately reflect its new name.

As previously stated, the third season of Netflix’s The Umbrella Academy will bring Sparrow Academy to life in live action and the newcomers to the cast taking on the roles were revealed a few weeks ago.

Included in the lineup are: Marcus (Justin Cornwell), a graceful but deadly, calculated yet compassionate who is as smart as he is strong; Fei (Britne Oldford), a lonely genius who sees the world differently from everyone else; Sloane (Génesis Rodríguez), a dream heroine who wants nothing more than to leave the Academy to explore the world.

But her adoptive siblings will keep Fei firm at work; Jayne (Cazzie David) her lonely personality collides with team exercises, but a sense of loyalty from her keeps her going. Also at Sparrow Academy is the Existential Dread Inducing Psykronium Cube.