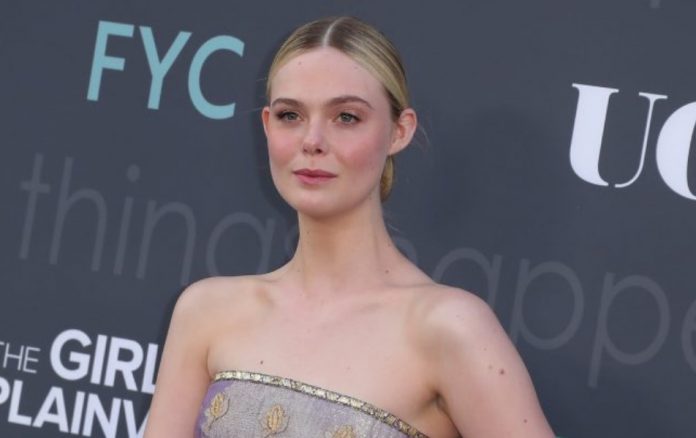 Kojima teased the actor about participating in the upcoming game on social media after the Tokyo Game Show last month. The darkened image of the mysterious woman contained the message “Who am I?” in white letters above the Kojima Productions logo.

Now the rumors have been confirmed with the help of QR, which is being demonstrated at PAX Australia. As Lance McDonald shared on Twitter, scanning the corresponding code directs the user to a new picture on the Kojima Productions website.

Kojima Productions is teasing a project in Melbourne, Australia at PAX https://t.co/Wtm7fL8pnh pic.twitter.com/GAo4GB3wUT

This shows that the unknown character is Fanning, whose face appears in the red filter. “The game of Hideo Kojima and Elle Fanning,” reads the text on the side of the poster. Check it out in the tweet below.

After the reveal, Kojima is now teasing the second female character due to the fact that he will appear in the new game. This time, a similar silhouette in the head is accompanied by a message: “Where am I?”.

It is believed that this figure is Margaret Qually, who appeared in Kojima Productions’ debut game Death Stranding.

As noted by VGC, this assumption comes from what is believed to have leaked from Kojima’s next title, which is reportedly called “Overdose” and in which Quelli plays the main role.

Kojima launched his Brain Structure podcast last month and is currently working with Microsoft on a new project that will use cloud technology, which is described as “a brand new game that no one has ever tried or seen.”

Norman Reedus, who plays the main character Sam Porter Bridges in Death Stranding, has also repeatedly confirmed that a sequel to the game is in development.

“It took me maybe two or three years to finish all the MoCap sessions and everything else [for Death Stranding]. It takes a lot of work,” Reedus said in an interview. “And then the game came out and it just got all these awards, and it was a huge thing, so we just started the second part.”

However, at the very beginning of 2022, Kojima confirmed that he wanted to do other non-gaming environments.

Kendall Jenner as a cheerleader at Ellen DeGeneres: she is doing...

Justin Bieber: The seductive portrait of the singer!