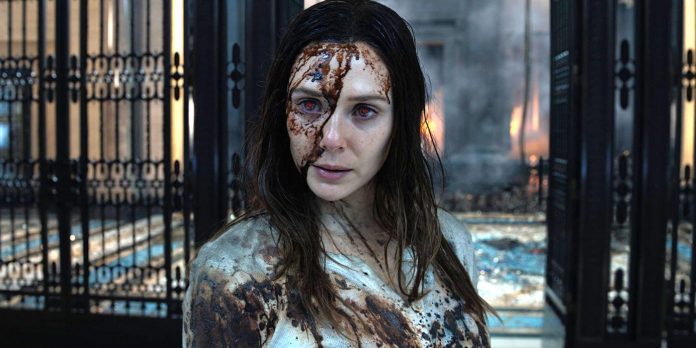 Although she may have been the villain in the film, Elizabeth Olsen continues to defend the actions of the Scarlet Witch in Doctor Strange: The Multiverse of Madness. Olsen returned to the Marvel Cinematic universe with Benedict Cumberbatch as the titular sorcerer, Benedict Wong as Wong, Chiwetel Ejiofor as Baron Mordo and Rachel McAdams as Christine Palmer. The sequel also marked the debuts of KVM’s Michael Gomez as the young heroine of America Chavez, Patrick Stewart as Professor Charles Xavier, playing a version of his character from the Fox X-Men franchise, and John Krasinski as Reed Richards.

Doctor Strange in the multiverse of madness served as the finale of the story arc outlined in Vandavision, in which Wanda Maximoff from Olsen struggled to cope with her grief over the loss of Vision in Avengers: Infinity War, creating an alternate reality and giving birth to super-powered twins. After the closure of reality towards the end of the series, the MCU sequel discovered that Wanda was corrupted by the fact that she was studying the Darkhold and tracking down America Chavez in order to use her abilities to jump through multiverse to get into the universe where her children are real and alive. Doctor Strange has spent most of the Multiverse of Madness defending America from the villainous Scarlet Witch, although the star behind the character doesn’t see it the same way.

Appearing in the Q&A segment of the Good Morning America Book Club, Elizabeth Olsen talked about the Scarlet Witch in Doctor Strange in the Multiverse of Madness. When asked about the time she played the villain in the film, Olsen denied thinking of her character as one, and defended the Scarlet Witch’s actions through the prism of a troubled soul experiencing their grief. See what Olsen explained below:

“I will never think of [Wanda] as a villain. She’s learning a lesson, but I think she’s going through a lot of emotions [in the film].”

Wanda’s story arc in Doctor Strange: The Multiverse of Madness has largely divided critics and MCU fans, with many believing that it is unsatisfactorily close to what it was before in Vandavision, while others argue that the negative influence of Darkhold is an acceptable explanation for how her story continues. Olsen’s comments in defense of the Scarlet Witch’s actions seem to unite her with the latter group, as she points out that the evil magic book fed on her emotional struggle and fueled the bad side of her character. Olsen has previously defended the Scarlet Witch in Doctor Strange in the Multiverse of Madness, expressing a sense of “satisfaction” with the completion of her arc and remaining curious about where the franchise will take her.

Viewers wondered if they would see the return of Olsen’s Scarlet Witch after the emotional ending of Doctor Strange in the Multiverse of Madness, in which she brought down Mount Wundagor on herself to destroy all versions of the Darkhold throughout the multiverse, and was apparently killed. While her contract with the MCU sequel was coming to an end, Olsen continued to express hope for a return in the future, feeling that she “should come back,” but recently noting that Marvel had not told her “anything about my fate.” While viewers are waiting for news of the return of the Scarlet Witch, they can review “Doctor Strange in the Multiverse of Madness” right now on Disney+.

Clubhouse is working on a new invite feature